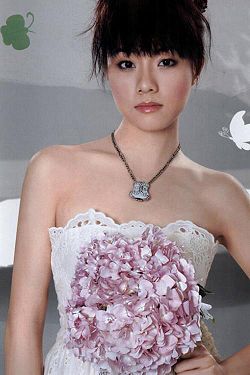 Stephy Tang (鄧麗欣) is a Cantopop singer and actress based in Hong Kong. She was formerly known as the lead singer in the girl-group Cookies along with Kary Ng. She is signed under Gold Typhoon Entertainment.

Tang has also written her own novel in July 2009 named 陪著我走.