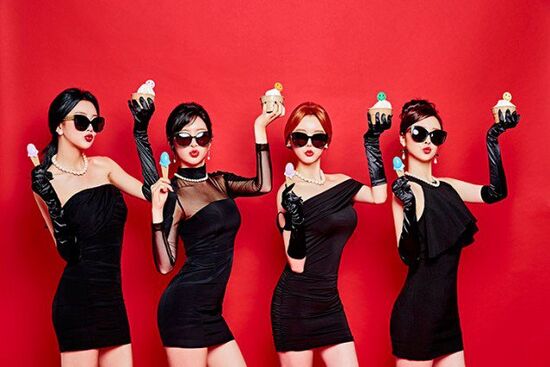 Dal★Shabet (달샤벳) is a Korean pop girl group under Happyface Entertainment. On May 23, 2012, it was announced that Vicky would leave the group to continue her career as a solo artist. She was replaced with new member Woohee on May 24, 2012. 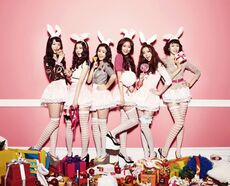 Dal★Shabet was the first group produced by the successful record producers/composers duo E-Tribe. Each member of the group has past experiences in dancing, modeling, acting, singing and gymnastics. They officially debuted in January 3, 2011 through their debut mini-album Supa Dupa Diva, their debut stage was held on January 6, 2011, on Music Bank.

The group released their fourth mini-album, Hit U on January 26, 2012 making a dramatic shift in concept from their cute, colorful appearance to a darker, fiercer concept. The album became the groups first #1 on the Gaon Weekly Albums Chart.

It was announced on May 23, 2012 that member Vicky would leave the group and pursue a solo career, being replaced by Woohee. They then released their first full album without Vicky and with Woohee on June 6 titled Bang Bang. 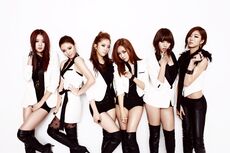 The group returned in June 2013, when they released their sixth mini-album Be Ambitious on June 20.

In 2014, the group released their seventh mini-album, B.B.B on January 8. In May, member Subin was involved in a serious car accident, forcing the group to go on hiatus. Woohee was later hospitalized in October due to a collapsed lung, taking a break from group activities to focus on her recovery.

The group released their eighth mini-album, Joker is Alive on April 15, 2015.

It was announced on December 8, 2015 that both Jiyul and Kaeun's contracts had expired and they decided to leave the group, with Jiyul to pursue acting and Kaeun to pursue fashion. 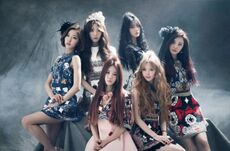 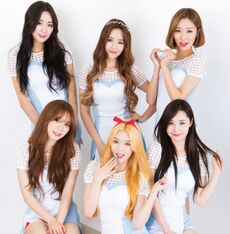 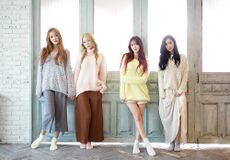