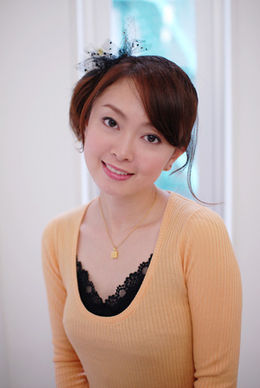 Enomoto Atsuko (榎本温子) is a Japanese singer and voice actress under the agency 81produce. She debuted as a voice actress as the main role of the character Miyazawa Yukino in the anime Kare Kano in 1998. Three years later, she debuted as a singer with the single "Be My Angel", the opening theme to the anime Kido Tenshi Angelic Layer.