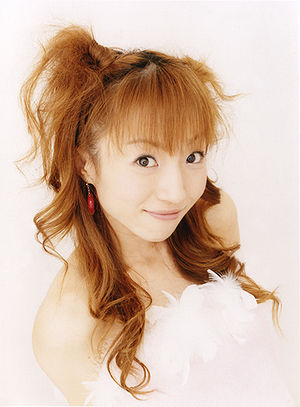 Iizuka Mayumi (飯塚雅弓) is a Japanese singer, voice actress, and actress. Iizuka got her start in show business at the age of three when she starred in local productions. A year later, she starred in her first role in a television movie. But soon after, her dad's work transferred the family to Taiwan until 1989. As soon she got back to Japan, she started to act in more plays but turn her attention to voice acting. She started her career in 1991 as she soon starred as the leading role in many anime series including the anime Kanon. She debuted as a singer in 1997 with the single "Accelerator" under the label Pioneer Records.