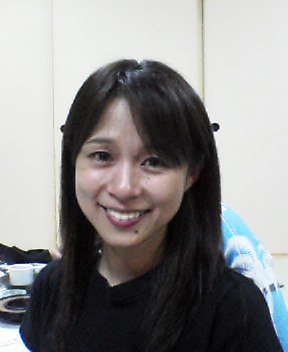 Iwao Junko (岩男潤子 or いわお潤) is a J-Pop singer, voice actress, and former member of the idol group Saint Four.

Ever since she was a young child, Iwao Junko wanted to be a singer after hearing Matsutouya Yumi. When she was 13, Iwao went to Tokyo to pursue that dream and got vocal lessons. A little while after, she joined as a member of Saint Four, replacing Itaya Yumiko, until the group broke up in 1987.

After the breakup, she would go onto to do a duet with Ishii Mitsuzo with the single "Nee, Otousan". She also was a regular on the children show Hate na Science. After that, she worked part-time at a kiosk until she considered to become a seiyuu and premiered in her first show, entitled Montana Jones, years later in 1994 as part of the idol seiyuu boom. She went onto to voiced major characters is many popular anime series like Tomoyo Daidouji in Cardcaptor Sakura, Akane Higurashi in Mai-HiME, and Tokiko "Key" Mima in Key the Metal Idol.

She finally started her solo singing career in 1995 with the single "Shutter Chance no Renzoku". At the end of the year, she performed at her first concert in Tokyo. She also premiered as a radio show personality in the same year. Moreover, she changed agencies two years later to 81 Produce to Starboard.

In 1998, she married to composer Yamamoto Harukichi until 2007 when she divorced him. Three years later, she was ambassador for the ONSEN Tourism campaign for her hometown. She started her own agency, JIsland, and own fan club in 2005 after departing from her former agency. That same year, she did little activity by singing at live houses around Japan due to having an illness that required bed rest.