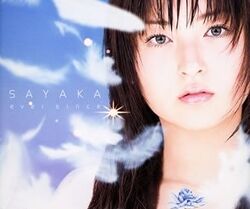 "ever since" is the debut single released by SAYAKA. It was released in two versions: a limited CD edition and a regular CD edition. The limited edition came housed in a digipack with a 15-page booklet. The title track was written by SAYAKA and composed by the brilliant green bassist Okuda Shunsaku. It was used as theme for the drama Big Money!. The single peaked at #5 on the Oricon weekly singles chart and charted for a total of nine weeks. The single entered the Top 10 on recochoku in 2021 after Sayaka's death. On December 20th, the song ranked #9 on the daily charts, and on the 21st it ranked #2.

"ever since" PV Shot