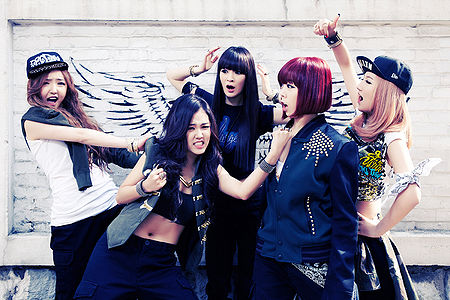 In March 2012, Cho PD announced the upcoming girl group. Although initially intended to debut in April through a variety show, their debut date was changed to August 2012. The group garnered much interest prior to their debut from both domestic and international fans. The group went through member changes before the final line-up was released. Say and J-DA made an appearance in labelmate Block B's music video "Nanrina", alongside two other former members of the group, Song Kwanghee and Lee Dasom, the latter who was formerly a member of the girl group Tahiti. Jucy was also an underground rapper known as "Juni.J", and had released a few tracks of her own, having penned her own lyrics. On July 12, 2012, EvoL's first audio teaser was released, followed by a series of both video and audio teasers that showcased a sample of songs from their EP.

On August 10, 2012 the group released their EP Pogpahaejwo and an MV for the song "Urin Jom Dalla". The album consists of five tracks and is available on CD and also for digital download. On August 16, 2012, EvoL made their stage debut with "Urin Jom Dalla" on M!Countdown.

On December 13, 2012, Say tweeted a photo of herself and the other members, with the caption: "It's New EVOL! 보고싶어 많이많이 Guyz how do u do~we miss u so so much..Thanks 4 waiting us. We'll meet u r expectation soon".

In the summer of 2013, Jucy released a mixtape.

2015: Show Me The Money, Unofficial Disbandment

Jucy joined the cast of Show Me The Money (seasons 2 and 4) in May of 2015 only to be eliminated very early on in the competition.

In the summer of 2015 rumors started to appear that Say's contract with Stardom had expired and that she had left EvoL (while still remaining with Stardom Entertainment) and would re-debut as a solo artist. Cho PD and Stardom Entertainment never responded officially to these claims, which were spread online by fans (who also alleged favoritism from Cho PD on Say's behalf, claiming she had been given special treatment compared to the other members). Say later began a solo project under the name "Saay Choreography".

In August 2015, it was revealed that Yull, Hayana and J-DA had had their contracts terminated (without their knowledge) during Stardom's merge with Hunus Entertainment, thus effectively disbanding the group. 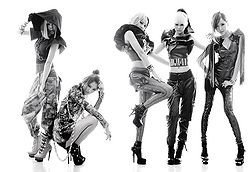