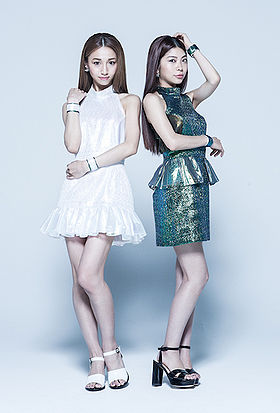 Faint★Star (フェイントスター) is a Japanese pop duo. On December 29, 2013, a teaser video was broadcast on YouTube, and ended up being played 3,000 times by the end of the year. They gathered a lot of attention from Indonesian and Taiwanese fans, and have since attended several overseas events. Before releasing their debut single in the summer of 2014, they had already aired several music videos on their youtube channel. Several of these songs are for the first time available on CD with the release of their debut album set for release in July of 2015. In May of 2017 they entered an indefinite hiatus, which was referred to as a "renewal period." One month later, it was announced that YURIA had decided to leave the group. Since then, there has been no information about the future of the unit, and their official website is offline. Their social media also has not been updated since 2017.