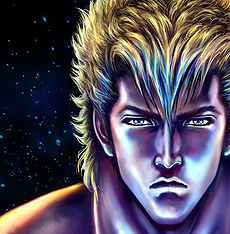 "Feel It! / Blue (Chikyuu)" is the fourth single (first major label single) released by MAA. This is her first release under Warner Music Japan. Both songs were used as theme songs for the Pachinko machine game CR Cyber Blue. The single was released as a digital single on iTunes two weeks before the release. This single failed to chart on the Oricon weekly charts.