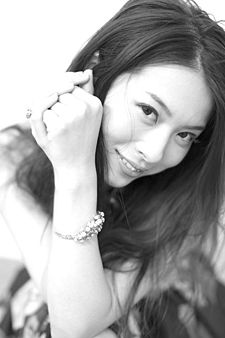 Fukui Mai (ふくい舞) is a Japanese pop singer-songwriter under J-more, sub-label of avex trax. She debuted in 2008 with the ballad "Ai no Uta", which was used as the theme song for the drama Koizora. On September 15, 2011 at the 2011 Tokyo Game show, Fukui was announced to sing FINAL FANTASY XIII-2's theme song for the PlayStation 3, titled, "Yakusoku no Bashou". 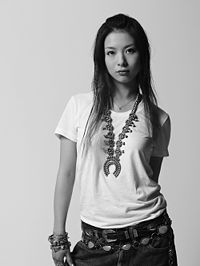 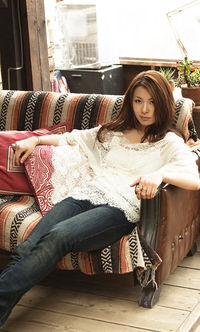 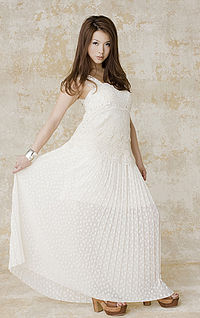 Fukui became interested in music in 8th grade when she heard a Hanson album. Toward the end of junior high, Fukui formed a band with her friends and was in charge of drums. When she was in the university, at the age 18, she aspired to become a professional singer and become the vocalist of a new band, and started writing her own lyrics aswell. Her first written song, "Lucky", was later released as her second single. Unable to focus on her studies because her musical aspirations, she drop out of college. In 2004 Fukui become the vocalist of a indies local band in Kyoto, POPLAR. After releasing two albums with the band, Fukui left to become a solo artist in 2006.

Debut with Ai no Uta

In 2007 she sent out her first demo tape, catching the attention of avex and her current management agency. She moved to Tokyo in February, and three months later TBS offered her the chance to sing for Koizora, TBS's highly anticipated drama series of 2008. The song, a ballad titled "Ai no Uta", was released as her debut single.

On March 3, 2009, Fukui released her debut album, MY SONG FOR YOU, which featured all her single releases. And in late July 28, 2010, she released her second album, Lucky Charm.

Fukui released her fourth single, "Ikutabi no Sakura", on February 2, 2011. The title track was used as the theme song for the drama Onmitsu Happyaku Yachou. The single reached #35 on Oricon charts, and charted for 14 weeks.

On September 15, 2011 at the 2011 Tokyo Game show, Fukui was announced to sing FINAL FANTASY XIII-2's theme song for the PlayStation 3, titled, "Yakusoku no Bashou". The sixth single was a double A-side release with "Tatta Hitori no Mikata" being used for the drama Hanayome Noren. It released on November 23, 2011 reaching #26 on the Oricon charts and selling 6,615 copies in the first week.

On December 10, 2011, Fukui won the grand prize at the 44th Nippon Yusen Award, she was award for her hit songs and being a highly requested artist among the general public.

Fukui released her first mini-album, Beautiful Days (third album overall), on December 14, 2011 and she appeared at the FINAL FANTASY XIII-2 launch event, performing, "Yakusoku no Bashou". With the release of her new mini-album, it peaked at #8 on the daily Oricon charts and by the end of the week it reached #11, selling 9,157 copies. It is her first highest week rank and sales.