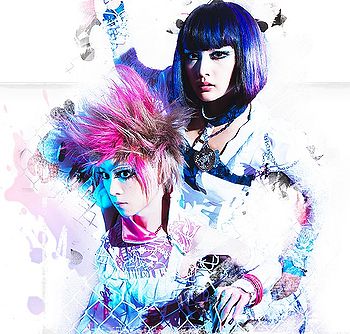 HANGRY & ANGRY-f (formerly HANGRY & ANGRY) is a Japanese pop duo, produced by Up-Front Agency. The unit is made up of former Morning Musume members Ishikawa Rika and Yoshizawa Hitomi. 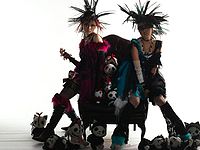 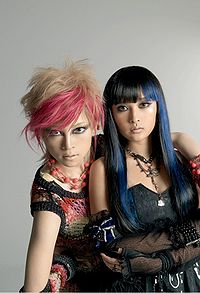 HANGRY & ANGRY is a unit made up of former Morning Musume fourth generation members Ishikawa Rika and Yoshizawa Hitomi. The duo was created to promote h.Naoto's "HANGRY & ANGRY" fashion line. When performing or making appearances, the members sport clothes from the brand and take on the roles of the brand's mascot characters. They are said to have arrived on earth from the H44 Star Nebula in their time machine called "LOVE MACHINE" in order to save the world from global warming.

Although both Yoshizawa and Ishikawa are long-time members of Hello! Project, this group is not part of the H!P family, although it still falls under the Up-Front Works umbrella. Shortly after the announcement of the group's formation, it was announced that there would be a mass-graduation of all the members of Elder Club (which included both Yoshizawa and Ishikawa). This graduation did not interfere with the group.

They released a mini-album on November 19th, 2008, titled Kill Me Kiss Me; the single of the same name was also released on their MySpace page. The mini-album was released under the Up-Front Works label Gothuall. It was released simultaneously in Japan and in the U.S. (available in the U.S. exclusively by JapanFiles), as well as in Korea and Taiwan. This is the first time any members of Hello! Project have officially released anything outside of Asia.