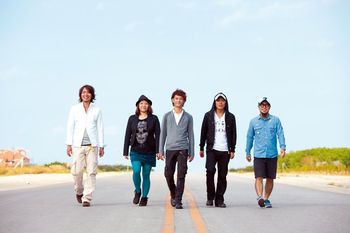 HY formed in Okinawa in 2000 and signed to the small independent label Climax Entertainment. Though there have been various offers by other record labels, HY has shown a commitment to maintain their own originality by continuously declining these offers.

HY has never released a single, but they continue to be one of the most popular indie bands in Japan and continuously achieve high sales with each album release. In 2003, HY became the first indie band to ever enter the Oricon album charts at #1.

In March 2006, HY began their tour WATTA SHINKER '06 TOUR ~mu-ruiinchu~, which was based around their upcoming album, Confidence. The album was released the following month and debuted at #1 on the Oricon weekly chart. WATTA SHINKER ended in May, covering a total of 47 concert halls around Japan. In July they also performed at the ap bank fes'06.

In September 2006, HY announced the tour KUMAKARA AMAE TOUR ~Koko Kara Mirai e~ set for December, in which they would only perform at Nippon Budokan and Osaka-Jo Hall. Their performance at Budokan was aired live on Fuji TV. The tour was renamed KUMAKARA AMAE Satellite Tour when they aired it via satellite around Japan at locations ranging from Hokkaido to Okinawa, with tour goods being sold at each satellite location.

During their performance at Budokan, HY announced a North American tour set for 2007. They performed once in Canada and six times around the United States in March, their United States performances being part of the JAPAN NITE US TOUR 2007.[1] HY followed up with 2007 AMAKUMA A’CHA JAPAN TOUR in April, where they performed in various bars and nightclubs throughout Japan. 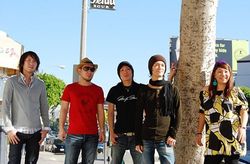