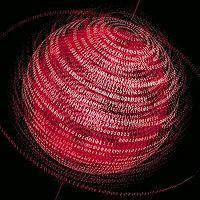 "Hello,world! / Colony" is the the 24th single released by BUMP OF CHICKEN. The single was released in three versions: a first pressing CD+DVD edition, a limited CD+DVD edition, and a CD only regular edition. The first pressing of the single will cease production in June. The song "Hello,world!" was used as the opening theme for the anime Kekkai Sensen, while "Colony" was used as the theme song for the movie Kiseijuu: Kanketsu-hen.