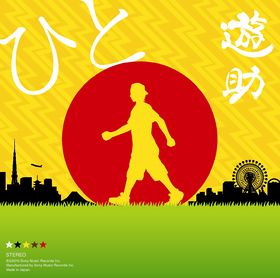 "Hito" is the sixth single released by Yusuke. The limited edition includes a DVD with "Hito"'s music video and a cardboard sleeve. The regular edition comes with "Himawari (Acoustic ver.)" as a bonus track. The title track was used as the commercial song for "Marukome". The single reached #4 on the Oricon weekly charts and charted for nine weeks, selling 76,146 copies (as of 2011.01.17). As it sold 73,235 copies in 2010, "Hito" became the #96 single of the year according to Oricon.