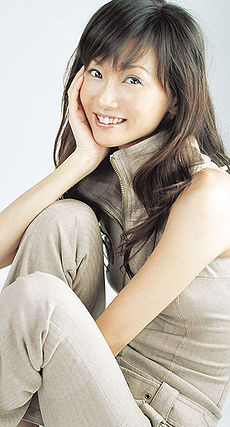 Honda Minako was a famous Japanese pop idol from the 1980s, her first single being Satsui no Vacance. She continued to release into the 90s and also became an actress, starting as Kim in "Miss Saigon". She was also the cousin of Matsuda Seiko. She died in 2005 of acute myelocytic leukemia in Tokyo.

Honda Minako debuted in 1985. She had relatively short career in mainstream J-Pop. She had a number of releases under her belt despite a hiatus from her music career between 1990 to 1994. After her J-Pop stint, she indulge into theater musicals. She had acted invarious musicals such as Miss Saigon, Fiddler on the Roof, Les Miserables, and The King and I. She also collaborated with non-Japanese artists such as Brian May of Queen, Gary Moore, Joe Jackson of the Jacksons family. She is also the voice behind the theme song of the animes Ashita no Nadja, Magic Knight Rayearth and Hunter x Hunter.

In January 2005, She was diagnosed with myelocytic leukemia. She died 10 months later on November 6th.