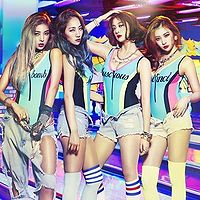 "I Feel You" is a song released by Wonder Girls and included on REBOOT third album as track #3. Originally sung in Korean, a Chinese language version was released as a digital single on October 23, 2015.