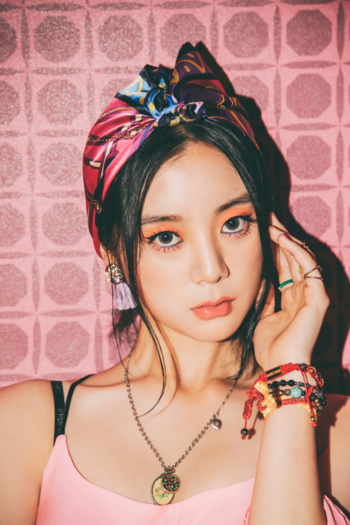 Hye Rim (혜림) is a South Korean singer and actress signed to rrr Entertainment. She was a member of the Korean pop girl group Wonder Girls, and joined the group as a replacement for Sunmi. Woo was born in South Korea, but moved to Hong Kong when she was a child. She is fluent in English, Mandarin, Cantonese, and Korean and was originally scheduled to debut in JYP Entertainment's Chinese version of Wonder Girls girl group unofficially called Sisters, which was later officially named miss A.