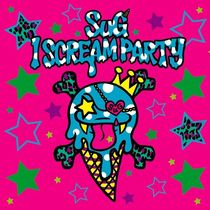 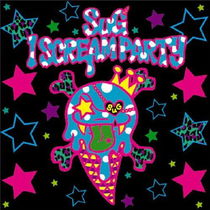 I SCREAM CONTINUE is the first mini-album released by SuG. It was first released on December 19th, 2007 as a CD+DVD only mini-album; the DVD comes with the PV for the main promotional track "LOVE SCREAM PARTY" along with an offshot compilation. This edition also came with one randomly chosen out of a possible seven replaceable memeber dress-up jackets, and is a limited release having only 5,000 copies. A regular edition was released two months later and doesn't come with any extras. The mini-album reached #9 on the indies Oricon weekly charts, and #181 on the overall charts where it charted for a week; it has sold 1,391 copies.