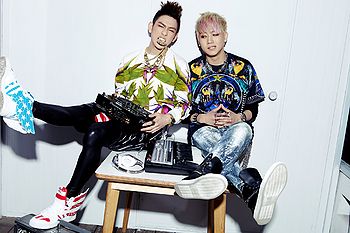 JJ Project (제이제이 프로젝트) is a Korean pop male duo that debuted in 2012 under JYP Entertainment. Prior to their debut both members were casted on the drama Dream High 2. The two members were later added to the group GOT7 and JJ Project will stay as a sub-unit.