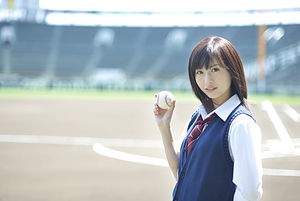 JURIAN BEAT CRISIS is a one-man Japanese pop band that debuted under avex trax after having won the "a-motion" musical talent contest in 2006. Although its only member is Kawakami Juria (川上ジュリア), it is officially considered a band. The group's songs are all produced by Watase Maki and Hirakawa Tatsuya from the Japanese rock band LINDBERG.

When Kawakami was a child, her mother was worried about her extreme shyness and thus enrolled her into singing and dancing lessons. This resulted in her shyness being cured, as well as her musical talent being discovered.

Kawakami entered the "a-motion" musical talent contest twice: once in 2005, where she did not win, and once again in 2006, and this time, she did win. Kawakami then debuted with her first digital single "Go! Let's Go!" at the age of 15. She herself had stated that she first wanted to release 12 digital singles, one per month, for a year, before releasing an album. 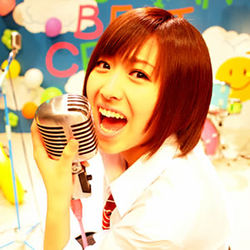