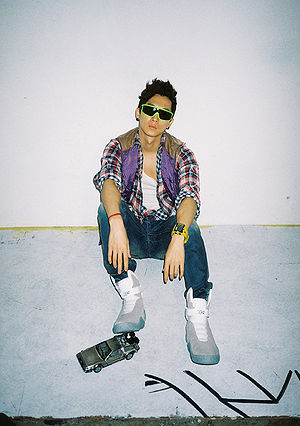 Jang Woo Hyuk promoting BACK TO THE MEMORIES (2011)

Jang Woo Hyuk (장우혁) is a Korean rapper and dancer who first debuted as part of H.O.T.. When H.O.T disbanded in 2001, he formed a group called JTL along with 2 other former-H.O.T members, Lee Jae Won and Tony An, before moving on to release his solo album on 2005. He is also the former CEO of Newest, a dance academy that he created during the final years of H.O.T.'s career. His nicknames have been "Hammer Boy" and the "Dancing Sun" in Korea. 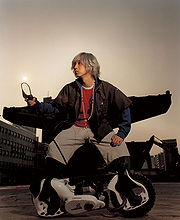 Jang Woo Hyuk is known not only for his rapping skills, but also his impressive skills as both a dancer and a choreographer. He is popular in not only Korea, but also massively popular in both China and Taiwan.

Prior to the release of his debut solo album, Jang Woo Hyuk prepared himself with ten months of dance training. The singer collaborated with Kenzie the top composer and Pang Shi Hyuk who wrote the melody for Rain's hit "It's Raining" plus other talented musicians of the Korean pop scene. He finally debuted as a solo artist in September 2005 with his album No More Drama.

In April of 2006, Jang Woo Hyuk began to promote himself in China, and eventually created an official Chinese fanclub due to his overwhelming popularity there. In September, his official Korean fanclub began to accept for one month applications from overseas fans.

After some issues, on October of 2006 Jang Woo Hyuk released his second solo album, MY WAY. Jang Woo Hyuk joined forces with other popular Korean pop and hip hop artists such as Super Sta, and SUPACOOL. "Last Game", the last track of the album, was chosen as the ending theme for the Korean release of the American movie "Night at the Museum".

This album also became popular because of the 'leaning dance' or the 'magic dance' as seen in performances of "Mr. Jackson", a song about his favorite singer Michael Jackson. Due to his jaw problems, promotional activities after his second concert in December were canceled. After his second concert, his jaw had worsened to the state where he had to pause further promotional activities so that he could receive proper treatment.

On November 15, 2007, Jang Woo Hyuk was admitted for military services for the next 26 months. He stated that he was worried about leaving the K-Pop industry for the next two years, but he would work hard to serve the country and he would return to his fans, healthier and improved.

On February 4th, 2010, Jang Woo Hyuk made an appearance in Beijing to sign a contract with Chinese mega company Huayi Brothers to mark his official entrance into the Chinese market. On March 20th, Jang Woo Hyuk gave a performance to celebrate the opening of "The First World Tourism Expo" held in the city of Sanya in Hainan, China.

Jang made his comeback in Korea with his first digital single including the song "Rain Man", which was used as theme song for MBC's weekend drama A Man Called God. 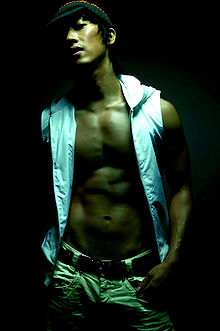