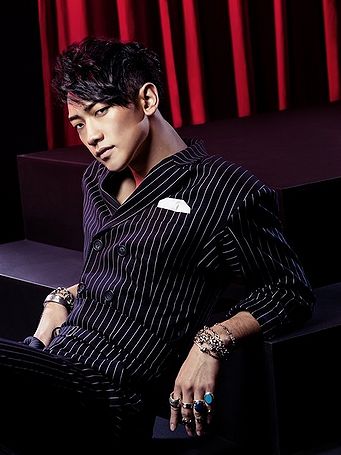 Rain (also known as Bi (비) in Korea or Pi (ピ) in Japan) is a singer, actor and model from South Korea.
He is known for his dancing skills and was a back dancer for Park Ji Yoon before his debut. He was also recently named one of the 100 most influential people in the world by TIME Magazine. Also, he was found in People magazine's top 100 most beautiful people as well as voted the number one most influential person on TIME's internet poll. Many believed that the singer was voted by over-zealous fans that voted others down, but this could not be proven. On October 11th Rain enlisted for his two year of mandatory military service. 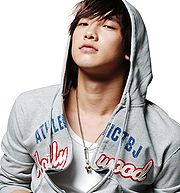 Rain became interested in R&B and Hip hop dancing when he was in 6th grade. When he was a teenager, he formed part of a boy band called " Fan Club". The group even released a single, "In Search of a Dream" (꿈을 찾아서), a cover of Chumbawamba's 1997 hit, Tubthumping. Short time after this the group disbanded.

In 2000 Rain was recruited as a trainee for JYP Entertainment. Before he could sign with JYP, Rain was rejected in multiple auditions and as he stated in a CNN interview: "I was told after one audition that my singing and dancing was great but I didn't make it because I didn't have double eyelids."
During his years as a trainee, he was under Park Jin Young's charge and worked as backup dancer for the singer Park Ji Yoon or Park Jin Young himself.

Two years later, in 2002, Rain debuted with the album N001. The album's lead single was "Bad Guy" and was followed by the song "Handshake". In this same year he made his debut as an actor in the drama Orange, but it wasn't until the next year when his real opportunity as an actor came. The drama Sang Doo, Let's Go To School lead him to be a recognized actor. Rain released his second album also in 2003, titled Rain2;. 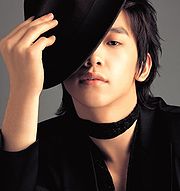 In 2004, he starred in the drama Full House, with the popular Korean actress Song Hye Kyo, which was one of the most successful dramas with an average rating of 31.9% for every episode with peaks of 42.2%. As the drama was broadcasted in many other countries it made Rain a recognized actor across Asia. Thanks to this drama he won the award for the Best Actor at the KBS Drama Awards in December 2004.
Also in this year, he released his 3rd album IT'S RAINING. The album sold more than 1 million of copies in Asia and topped the charts of many Asian countries as Japan (100,000 copies), China (500,000 copies), Taiwan (70,000 copies), Thailands (150,000 copies), Indonesia (50,000 copies), and South Korea (154,000 copies).

In 2005, Rain started his first Asian concert tour, Rainy Day starting in Seul and including cities as Tokyo and Hong Kong. He sold over 150,000 seats in 8 cities in Korea, China and Japan. For his first solo concert in Japan, "Rainy Day Japan", all the tickets sold out 30 seconds after going on sale (around 5,000 seats). 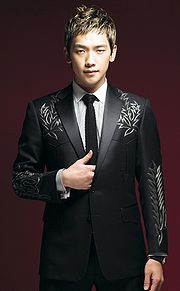 In April 2006, Rain was mentioned in the Time magazine website as part of the "100 Most Influential People Who Shape Our World" list. Later in 2007, he will top Time Magazine's online user poll with 470,174 votes (over 100,000 more than runner-up Stephen Colbert) although he was not in the magazine's actual list. He also will be part in 2007 of People's magazine list of the "First-Time Beauties 2007".

In June 2006, he released his first Japanese album Eternal Rain after releasing in Japan a recopilatory album in 2005. Also in Korea, Rain's World, Rain's fourth album was released in October. The first single was "I'm Coming", followed by the second single "In My Bed", and finally "Inside of You".

Also in 2006, he made his debut as an actor in a film. The movie, I'm a Cyborg, But That's OK, was directed by one of the most recognized Korean directors, Park Chan Wook.
The film was a hit worldwide and received many awards as the Alfred Bauer Award at the 57th Berlin International Film Festival (Germany) 2007 or the Best New Actor Award at the 43rd Baeksang Awards in Korea. It was also selected as the opening film for the Hong Kong International Film Festival.

In December 13, Rain started his first world concert tour, RAIN's Comin, at the Olympic Stadium in Seoul, and he visited Hong Kong, Singapore, Malaysia, Thailand, Vietnam, China, Japan, Taiwan, Australia, United States and Canada .
Rain sold out the tickets for his concerts in the United States. Those concerts were held in places like the Madison Square Garden in New York and The Colosseum at Caesars Palace in Las Vegas. 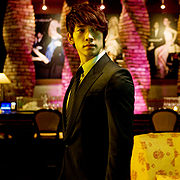 2007 was a year of changes for Rain since, after releasing three singles in Japan, he left JYP Entertainment and started his own entertainment company,J. Tune Entertainment.

In 2008, he debuted in his first American film, Speed Racer directed by the Wachowski Brothers.
In October 16, Rain released his fifth Korean album, Rainism. "Love Story", was used as first single from the album followed by the song "Rainism". Rainism was Rain's first album to be released under his own agency company J. Tune Entertainment.

In 2009, Rain made his first starring role in an American film with the movie Ninja Assassin. The film was directed by James McTeigue, known for being V for Vendetta's director, and produced by Joel Silver and the Wachowski brothers. The project was inspired by the ninja scenes from Speed Racer.

In October, 2009 Rain debuted as a producer with new boy band, MBLAQ, under his management company. 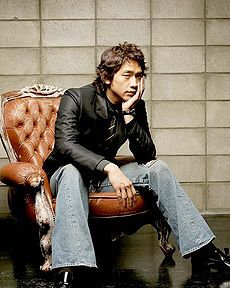 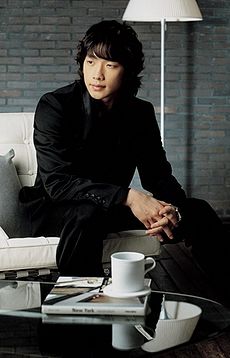 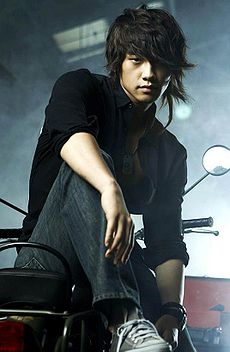 All the CMs are for Korean brands unless otherwise indicated