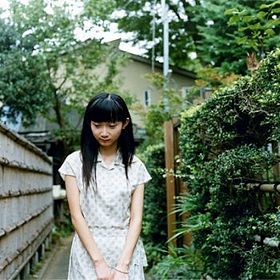 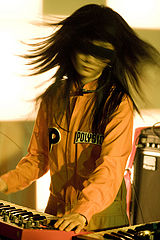 KAYO (カヨ), is a Japanese singer and musician. She played the synthesizer and used the vocoder and occasionally sung in the Japanese rock band POLYSICS. It was announced that KAYO's last day with POLYSICS would be March 14, 2010, the day of their huge Nippon Budokan concert. She says "I have almost given my all to the Polysics during my 20s. From my 30s, returning to a normal woman, I feel like wanting to do normal things. I wanna try lots and lots of normal things." She is considered one of the most iconic keyboard/synthesizer players in Japan.[1]