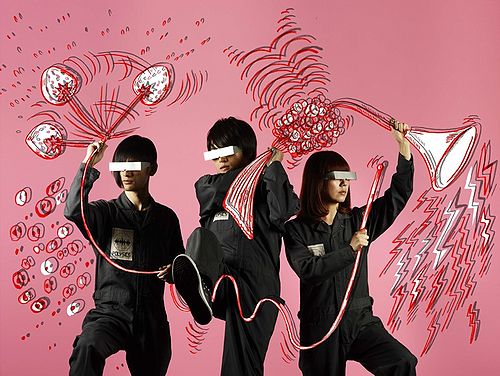 POLYSICS is a Japanese rock band from Tokyo signed to Sony Music Entertainment. They create high energy music, inspired by the American bands Devo and The Tubes, and the Japanese bands P-Model and Yellow Magic Orchestra. Their song lyrics often consist of Japanese, English, and gibberish. The band has been noted for their energetic live performances and their trademark boiler suits and straight-bar glasses. They are named after a brand of synthesizers, the Korg Polysix.

POLYSICS was formed in 1997 by Hiroyuki Hayashi after watching a live video of Devo. He was joined by drummer Junichi Sugai, Eisuke Sako, and Kaneko Shingo joined as well but he left quickly and was replaced by KAYO. They eventually named their band POLYSICS after a brand of synthesizers, the Korg Polysix.

In 1999, they released their first albums 1st P and A・D・S・R・M! on the independent label DECKREC Records. Just after the release of their first album their bassist, Eisuke Sako, left, and was replaced with FUMI.

After many successful tours, albums, and singles, it was announced that KAYO's last day with POLYSICS would be March 14, 2010, the day of their huge Nippon Budokan concert. She says "I have almost given my all to the Polysics during my 20s. From my 30s, returning to a normal woman, I feel like wanting to do normal things. I wanna try lots and lots of normal things." [1]

On August 8, 2010 they came back from their hiatus as a trio with a more prominent rock sound and released the mini-album eee-P!!!. 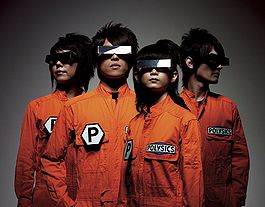 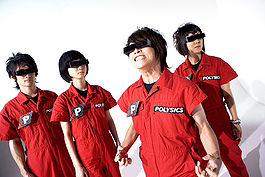 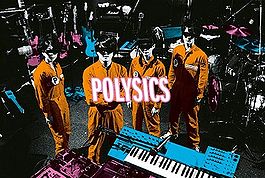 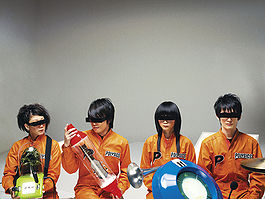 POLYSICS promoting We ate the machine (2008) 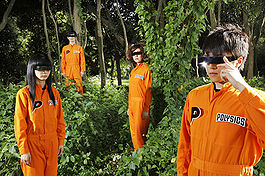 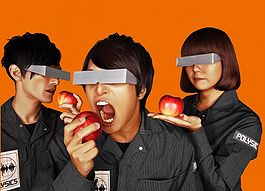 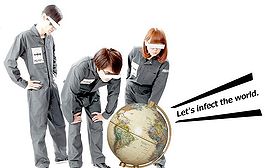