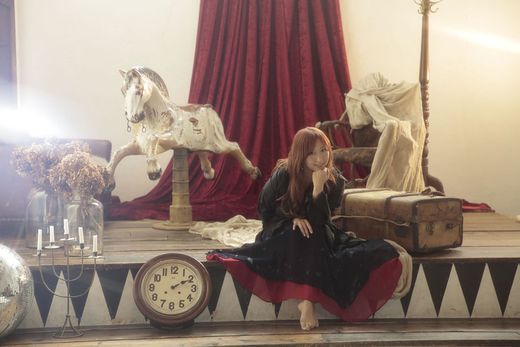 KOKIA is a Japanese singer-songwriter hailing from Tokyo. She is mostly associated with games and anime soundtracks; having appeared in eight different game/anime soundtracks to date. KOKIA has an extremely talented voice - she even held a long-tone Opera note for a little over 29 seconds on national TV once. She is most well-known in Hong Kong and Taiwan for her song Arigatou..., which became so popular it was even covered by star Sammi Cheng. Her biggest hit in Japan was the single "The Power of Smile / Remember the kiss", which reached #15 on Oricon charts.

KOKIA was a very musical child, even when she was little. Instead of playing with toys, she would instead play on the piano, or play the violin. She was readily able to express her feelings and emotions through song. When she was 10 (and later when she was 14) she went to study English in America at a summer music school. KOKIA later enrolled at the prestigious Toho Gakuen School of Music for high school.

KOKIA studied opera and classical music while in University. During her time there, she caught the eye of a scouter from Pony Canyon, and in 1998 while still at university debuted with the single "Aishiteiru Kara" under the stage name KOKIA. This stage name that she created for herself was both her first name reversed (A-Ki-Ko -> Ko-Ki-A), as well as the name of a Hawaiian hibiscus flower, which blooms during her birthday. Aishiteiru Kara and its B-side, You, were used insert songs into the Fuji TV drama Brothers. However, this single was not her first release into the Japanese market, as two weeks prior, the Tail Concerto soundtrack album had been released featuring her song "For LITTLE TAIL", the opening theme for the game. KOKIA's next release was a song called "Ai no Field", which was used as the ending theme song for the anime BRAIN POWERD, composed by the well-known composer Kanno Yoko. KOKIA followed up this single six months later with her second, tie-upless single Tears in Love.

KOKIA's next single, "Arigatou...", was the first officially-released song that she had fully written and composed herself. It was used as the drama Dotsuzen Oyako's theme song. While this did not propel her to stardom in Japan, KOKIA became extremely famous in Hong Kong and Taiwan. "Arigatou..." won her the third place prize in the Hong Kong International Popular Music Awards. Popular Cantonese singer, Sammi Cheng, even recorded a Cantonese-language cover of the song. This was followed up with KOKIA's debut album, songbird. 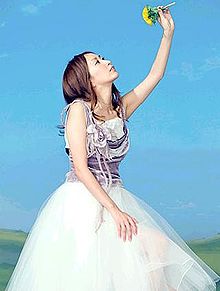 After releasing this album, KOKIA decided to take a break from music. Apart from contributing six songs to the RK Standard project, nothing much was heard from KOKIA until early 2001, when she switched labels from Pony Canyon to Victor Entertainment. In May 2001, a new single of hers, "tomoni", was released. This was followed up with three more singles, and the release of a new KOKIA album, trip trip. These new songs showed a completely different side of KOKIA, with the songs becoming more unique and complex. The last track on the album, a gift, was even featured in Subaru ads throughout Europe.

In 2003, KOKIA seemed to gain a lot more publicity than she had before. Her first new single since the release of trip trip, "Kawaranai Koto ~since 1976~", had two semi-major tie-ups. The A-side was used as the daytime drama Itoshiki Mono e's theme song, while the B-side tell tell Bouzu was used as the second ending theme song to the anime Hungry Heart WILD STRIKER. This single debuted at #47, KOKIA's first top 50 single. Following this was the even more successful single "The Power of Smile / Remember the kiss" single, with "The Power of Smile" featured in a mass TV commercial for Kao's Essential Damage-Care shampoo range. The single grabbed the #15 spot and is currently KOKIA's highest selling single. Similarly, her next album Remember me is also her best selling album (which had debuted at #15 too). In the year 2003 KOKIA's old label, Pony Canyon, decided to feature KOKIA in the popular Chinese drama At the Dolphin Bay's soundtrack with two songs; "I Catch a Cold" and ""Shiroi Yuki".

2004 saw yet another KOKIA album. Uta ga Chikara was backed with the two singles "so much love for you♥" and "Yume ga Chikara". "Yume ga Chikara" became the official cheering song for the Japanese team at the 2004 Olympic games in Athens.

While KOKIA released two singles in 2005 with minor tie-ups, she planned to start 2006 with a brand new single for the anime movie Giniro no Kami no Agito, "Ai no Melody / Chouwa oto ~with reflection~". The anime featured a re-arranged version of her song "Chouwa oto" from trip trip album as the opening theme, and a new composition, "Ai no Melody" as its ending theme song. Following this was KOKIA's first live outside of Asia, a concert held in Paris on the 21st of January. KOKIA also released a best album on the first of February (which was surprisingly also sold in France and Spain, as well as Japan).

In June 2006, it was announced the KOKIA would leave her label Victor Entertainment. She then set up her own independent website, and has sung at several lives. Following this, in October it was announced that French label Wasabi Records would be releasing KOKIA's new album, Ai ga Kikoeru, in November for an exclusive France release. It is unknown which Japanese record label will pick up KOKIA and release her album at this point, but the album will most likely be released in Japan at a later time.

KOKIA released her 16th single, "Tatta Hitotsu no Omoi", on January 23rd, 2008. It was featured as the opening theme for the second season of the Gunslinger Girl anime.

KOKIA has composed several songs for other artists. These songs are:

KOKIA has also featured many new songs that don't appear on any releases yet in her recent lives. These songs are: 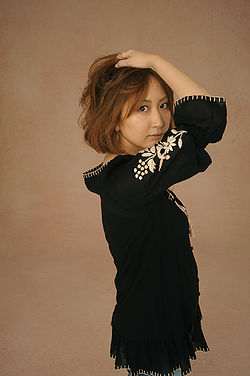 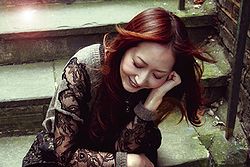