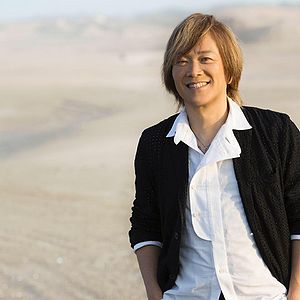 Kageyama Hironobu (影山ヒロノブ) is a Japanese pop rock singer. Also, Kageyama is a member of the bands LAZY and JAM Project. He is famous for singing theme songs from anime series and Super Sentai.

Kageyama Hironobu got his music career start when he and his classmate Takasaki Akira formed the band LAZY when Kageyama was sixteen years old. The band soon debuted professionally in 1977, same time when Kageyama earned the nickname "Michele". But the band didn't last long as they broke up in 1981, marking the start of Kageyama's solo career. Later that year, he released his first single, which was entitled "Kyou wo Ikiyou".

In 1985, Kageyama changed labels and headed to Nippon Columbia. There, he became an anime singer by singing theme songs for various theme songs at the time. In 1985, he released the single "Dengeki Sentai Changeman", which was used for the sentai series of the same name, under the name KAGE. But it wasn't four years later when Kageyama became popular when he released the single "CHA-LA HEAD-CHA-LA", used as the opening for the anime Dragonball Z. The single sold well over 170,000 singles, becoming Kageyama's first hit. He would later win an award at the Golden Disc Awards in 1991 after releasing the single "Choujin Sentai Jetman".

In 2000, Kageyama become the leader of the anime song project band JAM Project.

In 2017 he celebrates his 40th anniversary of his singing career with a studio album titled: A.O.R. 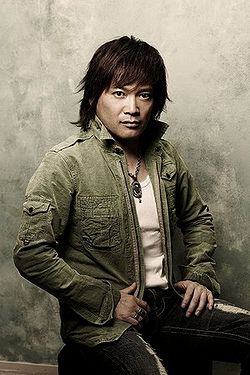