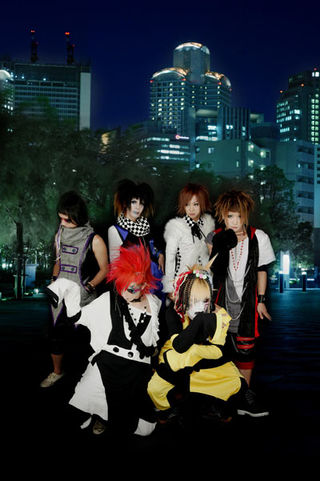 Kibou-YA Honpo (キボウ屋本舗) was a six member Japanese electro-rock band in the visual-kei scene. They were previously known as Himitsu Kessha Codomo A, but they went into an indefinite hiatus after two members, their bassist and drummer, left in the winter of 2006/07. In two months time after the start of the hiatus, the band acquired three new members and continued on as Kibou-YA Honpo.

The group disbanded after their final one-man live Yoroshiku Ashita at OSAKA MUSE on February 11th, 2008.