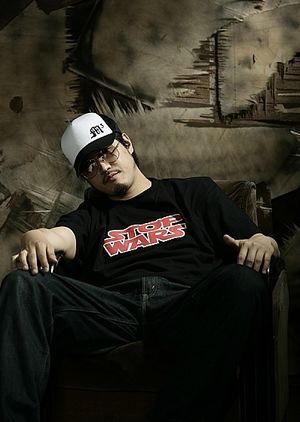 Kim Goo (김구) is a South Korean rapper and DJ. He debuted as a member of the Korean pop mixed group Koyote from 1999 to 2002, and later joined the rock band V.E.I.L until they disbanded in 2008. He is also a voice actor, and is featured in several well known commercials.