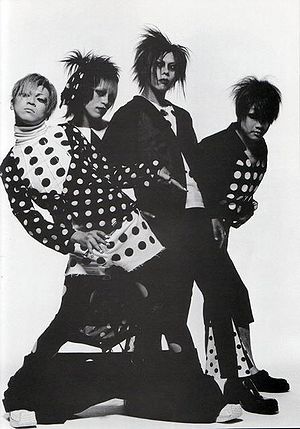 LAB. THE BASEMENT (previously lab.) was a Japanese band formed in 2003 by Sakurai Ao (ex-cali≠gari). His cali≠gari bandmate Makoto joined him as KJUN. Kirihito (ex-Doroto) and KANAN also joined the band and with this line-up they released only one single, "Dub Note". In early 2004, Kanan left the band, but he was quickly replaced by a new bassist, TILL (ex-P∽L). They released three singles in March and two in July. In August, the band released two full-length albums: PIED and PIPER, which included songs from previous singles as well as new tracks. Soon afterwards, KJUN left the band and joined Cyanotype. He was replaced by HAL from the band SPEED-iD. In 2005, lab. released only a mini-album entitled END OF THE WORLD and first DVD, Yoshigen Yuukoujouyaku.

In February 2006, they changed the name from lab. to LAB.THE BASEMENT. Probably then HAL left the band and other members changed their stage names (KUON returned to Sakurai Ao). In the same month, band released their first single, "TOWN OF SIREN," using their new name, and five days later a single "Ningen Bokujou." At the end of the year, they released a DVD single, "Kurui semi ga saken da asa." The second DVD single was released in 2007. In June 2008, they released album Archives 2003-2008, which contained the best songs from their activity.