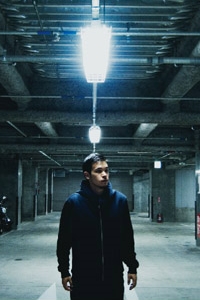 LEO Imai (LEO今井) is a Japanese singer-songwriter. He was raised in London by his Japanese father and a Swedish mother. He is currently attending Oxford University in London where he is working on a Ph.D in Comparative Japanese Literature. He is fluent in Japanese and English and is currently learning Swedish and French.

In the year 2006, LEO Imai moved to Japan to begin his music career, and made his indies debut in Japan with the album "CITY FOLK" in the same year. He Played the Summer Sonic Festival in 2007 and later signed with the major label EMI Music Japan, releasing his first single "Blue Technique" in November of the same year. In January of 2008, Imai released his second single followed by his major debut album "Fix Neon" a month later. LEO Imai has collaborated with various artists such as James Iha, Zazen Boys, Kenji "Jammer" Suzuki, Rie fu, K.U.D.O, HIFANA and Kama Aina.