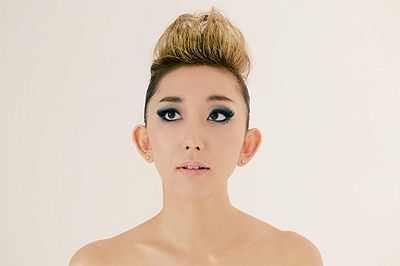 Rie fu is a Japanese pop singer-songwriter under her own company Rie fu Inc.. She made her debut in 2004 with the single, "Rie who!?" and gained popularity singing the theme songs to anime series such as BLEACH, Gundam SEED DESTINY and DARKER THAN BLACK -Kuro no Keiyakusha-. She is also the vocalist of delofamilia, the solo project from NAOTO of ORANGE RANGE. Rie is fluent in English and released her debut European album in March of 2008. 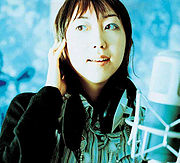 Funakoshi Rie was born on January 11th 1985, in Tokyo, Japan. In 1992, at the age of seven, Rie and her family moved to Maryland in the United States. It was during this time where Rie gained many musical influences such as, Sheryl Crow, and 1970's pop artists The Carpenters and Carole King. It was also during this time that Rie started playing the piano.

In 1995, at the age of ten, Rie and her family returned to Japan. They moved back to Tokyo, where Rie finished her primary and secondary schooling. It wasn't until 2002 when Rie learned how to play the guitar. Soon after learning how to play, Rie started to write songs, and record them on a small tape recorder. She made a few demo tapes and sent them out to record companies. Rie was soon signed to Sony Music Entertainment. 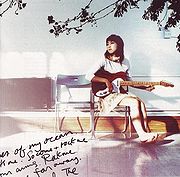 In 2003, Rie entered college at the University of Arts in London, England. At the school, she focused on fashion design, graphic design, and finally, decided on fine art painting. This is when Rie started commuting between England and Japan.

On March 24th, 2004, Rie made her debut under Sony Music's Palm Beach Records, with the single "Rie who!?". The single's title is a play on words, seeing as the Japanese pronunciation of fu sounds similar to the English word who. The release contained three original tracks by Rie; with the song "Decay" being used as a radio single to promote it. The single peaked #53, and charted for ten non-consecutive weeks.

Rie's second single, "Life is Like a Boat" was released six months after her debut. The single had a tie-in as the first ending theme song to the popular anime, BLEACH. The single was successful for Rie, peaking at #32 on the Oricon chart. Four months later, Rie released her debut self-titled album, which peaked at #12 on the Oricon.

Rie's third single, "I Wanna Go To A Place..." ended up being her biggest hit. The song was used as the third ending theme to the Gundam SEED DESTINY anime. The single peaked at #5 on the Oricon chart, becoming Rie's only single to enter the top 20.

In August 2005, Rie made a guest apperance on m-flo's second loves... album, BEAT SPACE NINE. The song was a reggae-styled number, sung in complete English, titled "Float'n Flow". A week after the album was released, Rie released "Negaigoto". The single didn't fare as well, only peaking at #49 on the Oricon. 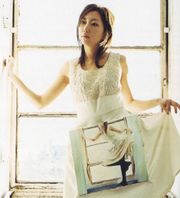 Rie fu returned in March 2006 with two new releases. On March 8th, she released her fifth single, "Tiny Tiny Melody". The single did poorly on the Oricon, only peaking at #110. A few weeks later Rie released her sophomore album, ROSE ALBUM. The album did better than its lead-in single, peaking at #38. 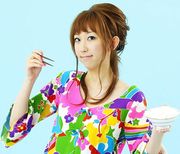 In July 2006, Rie fu returned singing the theme song to the Japanese release of the British remake of Heidi. The song was titled "Until I Say", and barely broke into the Oricon's top 100 (only peaking at #99).

A year had almost past before Rie's next release. Rie came back with the song, "Tsukiakari". The song was used as the ending theme to the anime DARKER THAN BLACK -Kuro no Keiyakusha-. The single did well compared to Rie's recent releases (her best selling single 2005's chart topping "I Wanna Go To A Place..."), selling over 4,000 copies. 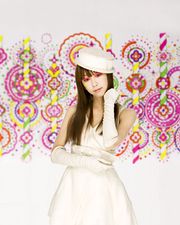 Rie's sales contuined to fluxuate with the release of her next two singles. The first of the two, "500 Miles" only peaked at #100 on the Oricon. The second, her ninth single "Anata ga Koko ni Iru Riyuu", did better, peaking at #45.

This lead-in single helped promote Rie's third album, Tobira Album. The album peaked a few positions higher than her previous album (at #34 instead of #38). According to the Oricon, the album has sold more than the ROSE ALBUM.

Rie kicked off 2008 with the release of "Home". The new song was the theme to the movie, Koneko no Namida. The single barely broke into the top 100, peaking at #98. The single did contain a cover of The Carpenters's (one of Rie's favourite artists) "(They Long To Be) Close To You".

In England, Rie received an offer to sign to a local record label. After accepting she released an album titled Who is Rie fu? on March 3rd, 2008. Though the label is based in England, her album was released in other European countries marking it as her European debut. The album was scheduled to be released in Japan, but since been canceled. 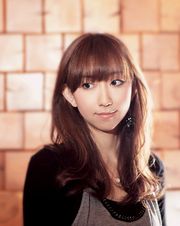 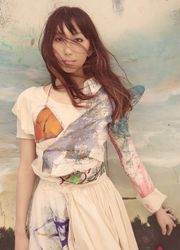