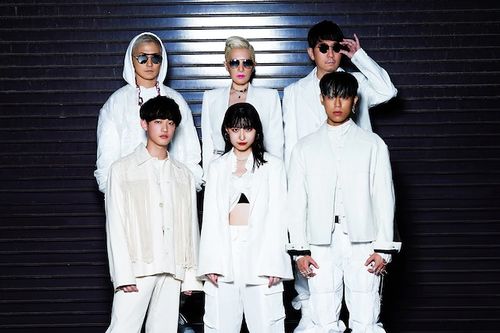 m-flo is a Japanese pop-R&B-hip-hop group who first debuted in 1999 with the single "the tripod e.p.". Originally the band was a three member group (consisting of vocalist LISA, rapper VERBAL and DJ ☆TAKU), however in 2002 LISA would leave the group to pursue a solo career. In 2003, m-flo would continue on as a duo, however with each different song would collaborate with a new artist. In 2017, LISA would return to the group 15 years after her departure. With LISA the band's most successful single is "come again", and without her was the m-flo loves YOSHIKA collaboration "let go".

VERBAL would first meet ☆TAKU as they went to St. Mary's International School in Tokyo. ☆TAKU, at the time, was the drummer for a mixture rock band called N.M.D.. VERBAL would later become the rapper for this band after the former rapper left. VERBAL'S first experienced hip-hop when at a camp he went to while staying in Boston (due to his parents' work) they would play Run-D.M.C.'s song "It's Tricky" in the school bus. The band were offered contracts from several major labels, however the group declined them all and later split as its members were leaving school to go to University. VERBAL would return to Boston to study Theology at university, and ☆TAKU would go to Los Angeles also to study at university. While in Los Angeles, ☆TAKU would start to learn how to be a DJ and started composing music.

After the duo returned to Japan, they would perform in several clubs and recorded many demo tapes (though at the time they had a different vocalist). It was not until ☆TAKU met Asakawa Masaji, the director for the management company Artimage, that the group would start to release physical music. Asakawa let ☆TAKU redo and release a cover of Barbra Streisand's "The Way We Were" that was originally planned for release as part of GTS. It featured vocals from Ceybil Jefferies. It was only by chance that a rap sequence from VERBAL was also included in the song as he had just returned to Japan. The Way We Were would be released as a vinyl single on October 24, 1998 under avex trax's Rhythm REPUBLIC indies label, however sales were slow. LISA (who at the time was a guest vocalist for the Ram Jam World project and went under the pseudonym UNIKA) who both VERBAL and ☆TAKU knew from school days was asked by them if she wanted to be the vocalist for the group and she accepted. She would become the band's singer for the group's second indies vinyl single, been so long which was released under the name "m-flo". According to VERBAL, "m-flo" stands for "mediarite-flo" (a pun on "meteorite"), however they were asked to shorten their name as it was too long. Been So Long was also used in the game beatmania IIDX. The single would gain in popularity over time, eventually selling over 10,000 copies. 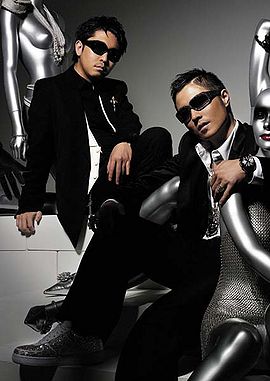 Due to this increase in popularity, the group would be signed to the rhythm zone label on avex trax and on July 7, 1999 the trio would debut with a special single titled "the tripod e.p.". The name stems from the fact that there were triple A-sides as well as the group being a trio. This single debuted at an astounding #7 on Oricon charts. In the next seven months a further four singles would be released by m-flo (including the "Evelyn King"-sampling song "Mirrorball Satellite 2012"). The group's debut album Planet Shining would land them the #6 position on Oricon charts.

The group would soon land themselves their two biggest hit singles. In September 2000, "How You Like Me Now?" was released and later in January, "come again" landing at #9 and #4 on the charts respectively. Soon a second album, EXPO EXPO, would be released to even greater success.

A string of recut singles and various minor albums were released after the band's second album. LISA would release a self-produced solo single in early 2002 called "move on: that would reach #7 on Oricon charts, but alongside this LISA also announced that she would no longer be a part of m-flo and decided to embark on a solo career.

After a period of inactivity, 2003 would see the release of a fan-selected best album from m-flo called The Intergalactic Collection. Included in this album as the last track was the first part of a new song, however the song stopped right before the new vocalist would start to sing. Later in June, two new m-flo related single would be released featuring Crystal Kay, "REEEWIND!" under the name m-flo loves Crystal Kay and "I LIKE IT" under the name Crystal Kay loves m-flo. Both singles were a success, breaking the top 10 and would in turn give Crystal Kay the largest hit of her career at the time.

This new order of having a featured vocalist would continue for some time. Some notable collaborations were let go (a collaboration with then unsigned R&B artist YOSHIKA that would become a long-charting single and be the largest selling single from the group's new order) and HEY!, a collaboration with TV personality and variety host Wada Akiko released "Loop In My Heart / HEY!" single that would be Wada's first top 10 single in 33 years. The group's second album of this nature, BEAT SPACE NINE, would hit #1 on Oricon charts.

In 2007, m-flo are releasing a third 'loves' album titled COSMICOLOR. On their official site it was announced that this album would be the last m-flo album to feature a different artist for each song. 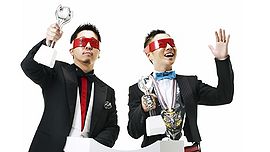 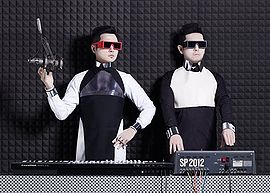 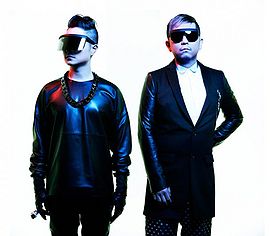 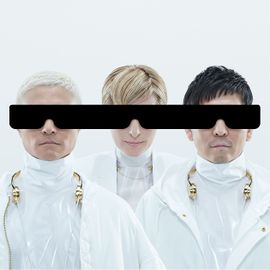 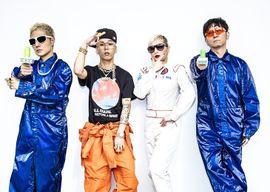