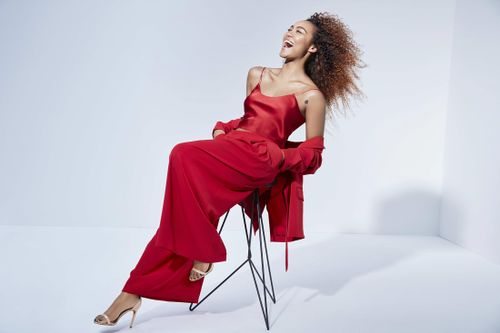 Crystal Kay (クリスタル・ケイ) is a Japanese pop, urban, and R&B singer currently signed to the label Delicious Deli Records!, sub-label of Universal Music Japan. Born and raised in Yokohama, Kanagawa Prefecture, Japan to an African-American father and a Korean mother, Kay started her music career at the age of six. At 12 she got a record deal, and then teamed up with Kanno Yoko to produce her debut single "Eternal Memories", under EPIC Records sub-label of Sony Music Entertainment. Like a number of Japanese artists Kay can speak both English and Japanese, the former making a regular appearance in her songs, exhibiting a distinctly western influenced R&B sound. She's a good friend of BENI and BoA. 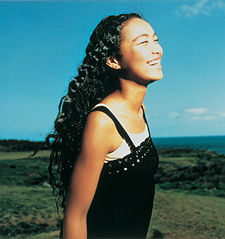 Crystal Kay began her career at just six years old, debuting as a jingle singer for several commericals. In 1999 at just 12 years old Kay got a record deal with EPIC Records, a sub-label of Sony Music Entertainment. She then teamed up with the composer Kanno Yoko to produce her debut single, "Eternal Memories". The single peeked at #47 on the Oricon weekly charts. Before the end of 1999 Kay released two more singles, "TEENAGE UNIVERSE ~Chewing Gum Baby" and "Komichi no Hana", with the former charting the same position as her debut single and the latter charting significantly less, reaching #80.

On March 23rd, 2000 at the age of 14, Kay's debut album C.L.L. ~CRYSTAL LOVER LIGHT was released. It reflected a more R&B and acoustic side of her, as later albums would gear towards the pop and urban genres. This album reached #60 on the charts and manged to chart for four weeks, selling 19,930 copies. Kay also released her fourth single "Shadows of Desire" simultaneously with the album. "Shadows of Desire" was her first A-side single to be sung entirely in English and is Kay's only single to date not to chart. 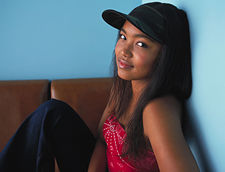 Inactive for the rest of the year, Kay made her comeback in 2001 collaborating with Osawa Shinichi and Fujiwara Hiroshi to release the single "LOST CHILD", which was the theme song for the film Satorare. In that same year Kay underwent an image and genre change to an urban style and released her fifth single "Girl's Night" which would be her first single produced by T.KURA and MICHICO. The titular track was used as the theme song for the TV TOKYO music program JAPAN COUNTDOWN and reached #100 on the Oricon weekly charts while only charting for one week.

Crystal's sixth single "Ex-Boyfriend" featured Hip-Hop artist VERBAL of the group m-flo. At the time of its release the single was a minor success for Kay peaking at number #44 on the charts and charting for five weeks. Kay's second album 637 -always and forever- was released August 22nd, 2001. The songs on the album featured her new venture into the urban and pop markets. The album reached a position three times higher than her debut album C.L.L. ~CRYSTAL LOVER LIGHT, reaching #19 on the Oricon weekly charts and charting for a total of eight weeks, selling 48,550 copies. Kay's seventh single "think of U" was a Christmas themed single and was her final release of 2001. 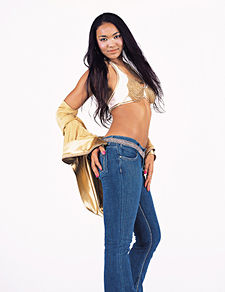 Establishing herself as an urban artist Kay released her eighth single "hard to say", which featured SORA3000 and SPHERE of INFLUENCE. For the single Kay enlisted ☆TAKU of m-flo to produce. The single debuted at #26 on the Oricon weekly charts and became Kay's first single to chart in the top thirty.

Crystal's next single "Girl U Love" would chart poorly, reaching only #156 with her third album almost seventeen subsequently following its release. However, the album reached #2 in Oricon weekly charts and charted for 58 weeks. Tt would sell 51,360 in its first week and 213,023 total copies in 2003 to become the 62nd best selling album of that year.

Crystal began 2003 with the her tenth single "Boyfriend -part II-" which peeked at #23 on the charts. For Kay's eleventh single she teamed up with m-flo again to release "I LIKE IT" which was credited as "Crystal Kay loves m-flo". The single was meant to go hand-in-hand with m-flo's 14th single "REEEWIND!", which was credited to "m-flo loves Crystal Kay". The single was Kay's first release in the top ten, reaching #8 on the Oricon weekly charts, where it charted for thirteen weeks.

Crystal released two more singles in 2003: "Candy", a single written and produced by YOSHIKA, and "Can't be Stopped". They were followed by her fourth studio album 4 REAL. The album reached #5 on the Oricon weekly charts and charted for 25 weeks. It sold 246,306 copies in 2004 and become the 59th best selling album of that year. Towards the end of 2003 Kay released her first fully English album NATURAL -World Premiere Album-. The album featured English versions of previously released singles and several cover songs from artists like Amel Larrieux and Cindy Lauper. In Japan, the album reached #33 on the Oricon charts and charted for eight weeks. Although imported versions were made available of the album, it was never officially released internationally. 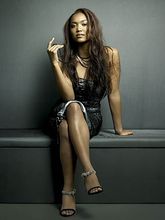 In 2004 Kay released her fourteenth single "Motherland". The titular track was used as the third ending theme song for the anime series FULLMETAL ALCHEMIST (episodes 26 to 41). Following the single, Kay released her first best album CK5. The title of the album was homage to the five years since her debut.

Crystal's fifteenth single "Bye My Darling!" reached #40 on the charts and would her final release of 2004. Though before the end of 2004, Kay graduated from Kinnick High School and enrolled in Sophia University, ironically the same college fellow singer Arahisro Beni was attending at the time. The two reportedly became good friends, though they have known each other since their time together at the American School in Yokohama as teens.

In 2005 Kay released her sixteenth single "Kiss". The single is her second best selling single. After "Kiss" Kay released her fifth studio album Crystal Style, which later reached #2 on the Oricon weekly charts and charted for 31 weeks. It ended up selling 296,756 copies in 2005 and became the #44 best selling album of that year. The single "Koi ni Ochitara" would be Kay's next release. It too reached #2 on the Oricon weekly charts but charted for 37 weeks. It is currently the best selling single of her career, selling 73,717 copies in it's first week and 295,456 copies to date. The titular track was used as the theme song for the Japanese drama Koi ni Ochitara. In October of 2005 Kay collaborated with the pop duo CHEMISTRY to produce her eighteenth single "Two As One". It was another single to reach the #2 position on the Oricon weekly charts. It charted for 14 weeks and the titular track was used for a theme song for the Toyota WISH commercials. 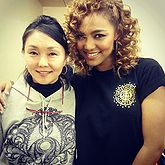 In January 2007 she made a comeback with the single "Kitto Eien ni", it peaked at #12 on the Oricon Charts with a total of 19,615 copies sold. Only a month later she released her 21st single "Konna ni Chikaku de...", the title track was used as ending theme for the anime Nodame Cantabile. "Anata no Soba de", her last single before dropping her 7th studio album, was released in May 2007. It sold less than 10,000 copies in total. Finally a month after the release of the single Crystal Kay released the album ALL YOURS, in it's first week it sold 51,211 copies and managed to grab the #1 spot in the Oricon charts. In end of 2007 it placed #87 in the year-end charts.

Almost a year after the release of her last album, in June 2008, she released her 23rd single titled "Namida no Saki ni", it peaked at #42. Her next single "ONE", used as the theme song for the 11th Pokémon movie, was released on 16th July, sold 6,522 copies and reached #32. After releasing these two singles Crystal Kay announced the release of her 8th studio album titled Color Change!, it sold in it's first week a total of 15,519 copies and peaked at #8.

In August 2009 Crystal Kay released her second double A-Side, "After Love -First Boyfriend- feat. KANAME (CHEMISTRY) / Girlfriend feat. BoA", both title tracks featured another artists. "After Love -First Boyfriend-" featured Kawabata Kaname from the duo CHEMISTRY and "Girlfriend" was sung together with her close friend BoA. It was her last single released before her second compilation album titled BEST of CRYSTAL KAY, which included over thirty tracks from her discography. The album included a new song, titled "Step by Step", which was produced by Nakata Yasutaka, known for working with Perfume and MEG.

In November 2010 she released her second mini-album FLASH. Later she announced the release of her 26th single "Journey ~Kimi to Futari de~" on November 24, 2010 followed by her 9th album Spin The Music on December 8. "Journey ~Kimi to Futari de~" flopped, selling only 396 copies with a peak position of #193 on the weekly Oricon charts. The album reached #42 and sold a total of 8,535 copies. 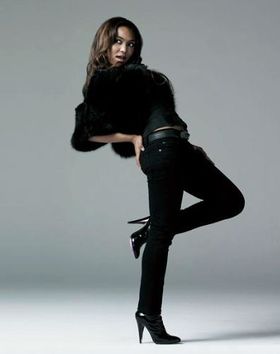 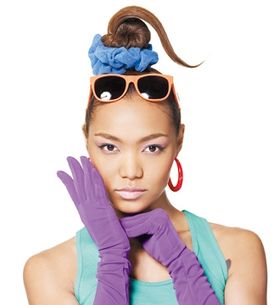 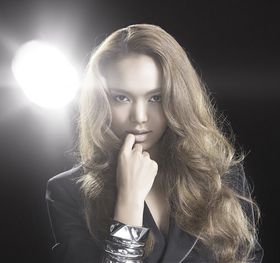 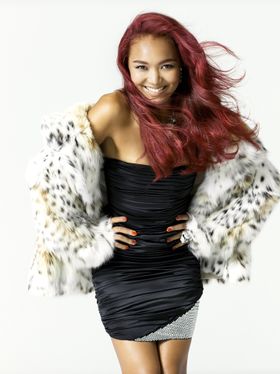 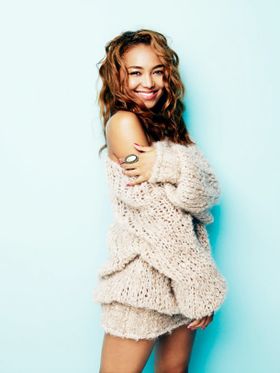 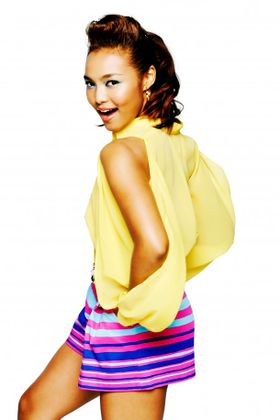 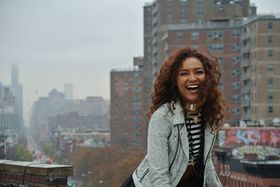 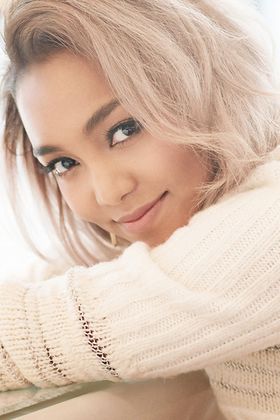 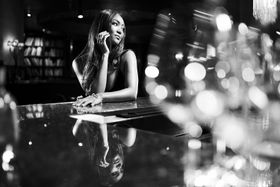 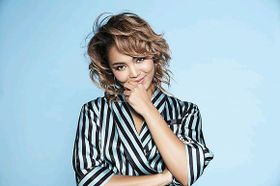