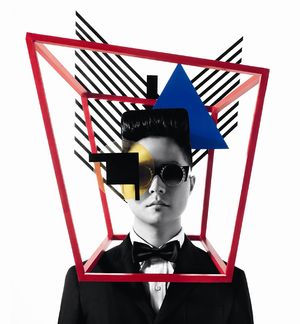 VERBAL is one-half of the J-Urban group m-flo. He serves as the unit's rapper and main lyric writer, and also acts as a producer. Along with bandmate and close friend Takahashi Taku and former group member LISA, VERBAL formed m-flo in 1999. Outside of the m-flo umbrella, VERBAL has collaborated with some of the biggest names in J-Pop, including Amuro Namie and Koda Kumi and he was one of the creators behind the SUITE CHIC project. In 2005, he was featured as one of the MCs of Teriyaki Boyz, alongside WISE, Nigo, Ilmari and Ryo-Z of Rip Slyme. He was also a part of The Rocket Scientists (along with SPHERE OF INFLUENCE). VERBAL has also released two English-language singles under the alias L Universe. His other (rarely used) aliases are Vincent Galluo and Johnny Astro. On March 16th, 2011, VERBAL will release his first solo album titled VISIONAIR which features many prominent names including Lil Wayne, Swiss Beats, Jermaine Dupri, Nicki Minaj, and Japanese DJ/fashion designer MADEMOISELLE YULIA.