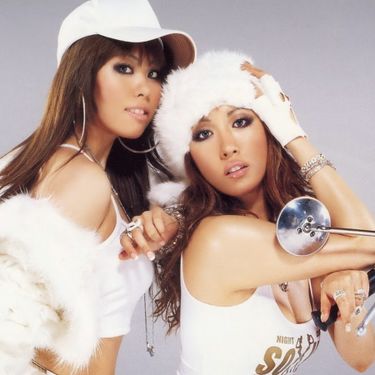 Heartsdales (ハーツデイルズ) was a Japanese-American urban-pop duo made up of sisters Rum and Jewels. The two made their debut in 2001 entering the Rapper Audition competion on TV Tokyo's program ASAYAN, which was coordinated by VERBAL of m-flo. The girls were born in New York City, and take their name from Hartsdales. The duo disbanded in 2006. 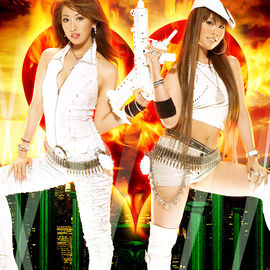 Heartsdales first appeared in 2001 with the single "So Tell Me". They had a clear '80s and '90s American hip-hop influence in their music. The duo took the name "Heartsdales" as a tribute to Hartsdale, New York, where they were raised. Because of this, the sisters are fluent in both Japanese and English. Starting in 2004 with the single "I See You", Heartsdales began including English versions of their singles as B-sides. This single also marks the sisters' first self-produced release, which was visible from their change of sound. Whereas all of their releases before this had a distinct hip-hop and rap sound to them, the sound of their self-produced releases steadily showed more and more of a pop influence.

Their albums and singles were released on the espionage and cutting edge labels, which are under the avex trax umbrella. They released four albums during their time in the music business, three of which debuted in the Oricon Top 20.

In the summer of 2006, Rum and Jewels announced that they would be going their separate ways in the music industry to pursue their own projects. Their last concert was held on September 2nd, 2006.