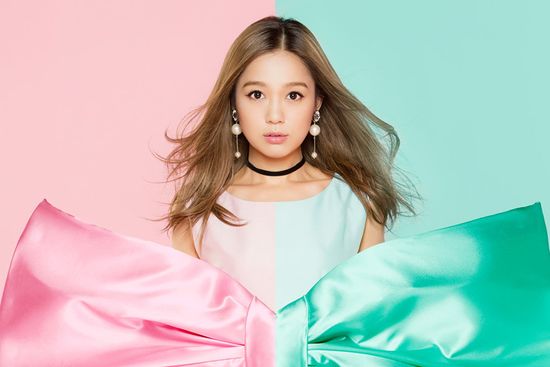 Nishino Kana (西野カナ) is Japanese pop singer under Sony Music Japan. In the year 2005, she was the winner of 40,000 participants "Miss Phoenix Audition" audition held by Sony. Nishino made her major debut in February 2008 with the single "I". 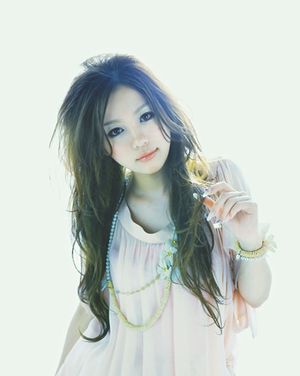 From when she was little, Nishino learned English from English conversation schools, and went to America twice. She then was interested in various genres of music, including hip-hop, R&B and reggae. On the other hand, she also enjoyed traditional Japanese literature, and started singing Japanese folk songs. Her dream of becoming a singer started from junior high school.

When she was 16, her mother secretly sent a demo tape of hers to the "Miss Phoenix Audition", and she was rated the top singer entrant out of approximately 40,000 applicants. A year later in 2006, she was signed to SME Records and started vocal training.

In 2007, while preparing to be a singer, she was also studying English literature at university. At the time she met Australian duo Nervo, who offered Nishino a song called "I Don't Wanna Know" for use in her music project. Nishino rewrote the song's lyrics into Japanese herself, and re-titled it "I".

In December 2007, her official website opened, and from that time onward, "*I* ~Merry Christmas ver.~" was available as a digital download from several Japanese sites, including mora.jp. The original version of the song "I Don't Wanna Know" was available as a digital download on the American iTunes Store from New Years' Day onward. The physical version was released two months later, on the 20th of February.

After two unsuccessful singles, Nishino was chosen to sing the second ending theme for the anime SOUL EATER. "Style." was released as her third single and was her highest selling single in 2008 due to the popularity of the anime series. However, her career took off in 2009 with the change in music style, her fifth single "Tookutemo" feat. WISE, reaching #40 on the Oricon charts even without a tie-in. Three months later, Nishino released "Kimi ni Aitaku Naru Kara". This single became her first enter to the top 30 on the weekly Oricon chart. 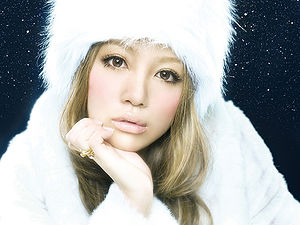 Following the success of "Kimi ni Aitaku Naru Kara", her debut album LOVE one. was released three weeks later featuring all six of her singles. The album debuted at #4 on the weekly charts and had a long chart life, rising Nishino's name to stardom.

In October 2009, Nishino released her seventh single "Motto...", starting a new chapter of her career. The song debuted at the number 1 spot on the RIAJ Digital Track Chart. She released the double A-side single "Dear... / MAYBE" on December 2, 2009. After releasing two more singles, "Best Friend" and "Aitakute Aitakute", she released her second album to LOVE on June 23, 2010. The album reached #1 on the Oricon charts selling more than 750,000 copies.

On August 4, 2010, Kana Nishino released her eleventh single, "if". This song was used as the ending theme of the Naruto Shippuuden movie, Naruto Shippuuden 4: The Lost Tower. The single reached #5 on the Oricon charts and sold over 85,000 copies. Her 12th single, "Kimi tte", was released on November 3, 2010. This is her best selling single to date with almost 100,000 copies sold. 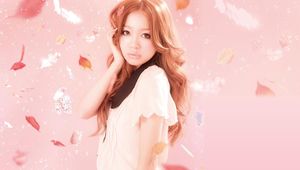 In 2011, she released two singles, "Distance" in February and "Esperanza" in May, followed by her third album Thank you, Love in June. The album reached #1 on the Oricon charts selling more than 350,000 copies. Her 15th single, "Tatoe Donna ni...", was released on November 9, 2011. The single was certified Triple Platinum for being downloaded more than 750,000 times. She was the 5th best-selling female solo artist in Japan that year.

In 2012, she released the singles "SAKURA, I love you?", "Watashitachi" and "GO FOR IT!!", followed by her fourth album Love Place in September. The album reached #2 on the Oricon charts selling approximately 350,000 copies. Her 19th single "Always" was released on November 7, 2012. She was the 4th best-selling female solo artist in Japan in that year. 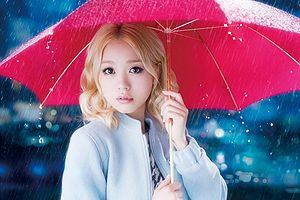 Although her singles were downloaded several times, her physical single sales started to decline. Six months later, Kana released two more singles: "Believe" in June followed by "Namidairo" in August. To celebrate her 5th anniversary in the music industry, Kana announced her two best albums, Love Collection ~pink~ and Love Collection ~mint~, to be released simultaneously on September 4, 2013. The mint version reached #1 on the Oricon charts, with the pink version charting at #2. The two albums sold almost 650,000 copies. A month later, she released another single, "Sayonara". She was the best-selling female solo artist in Japan for the year. 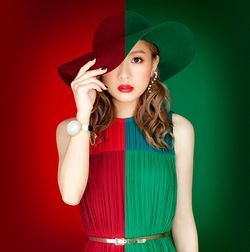 After the long chart run of her single "Darling", she released another country music themed single in April called "Moshimo Unmei no Hito ga Iru no Nara". The single only reached #11 on the Oricon charts but managed to sell almost 42,000 copies. The single was certified Double Platinum for being downloaded more than 500,000 times by May 2016. After the release of this single, her physical single sales started to increase again.

In September, Kana released another country music themed single "Torisetsu". The single was used as the theme song for the movie Heroine Shikkaku and reached #6 on the Oricon charts. This is also her first single that was able to sell more than 25,000 copies in its first week since "GO FOR IT!!" as well as her best selling single since "Kimi tte" released in 2010. The RIAJ has certified the single Gold for shipment of over 100,000 copies.

On November 18, she released another pair of best of albums: Secret Collection ~RED~ and Secret Collection ~GREEN~, containing only b-sides of previously released singles and albums. The green version reached #2 on the Oricon charts, and the red version placed #3, selling almost 250,000 copies as a pair. A new song "No.1" was used as the title track for the show Okitegami Kyoko no Biboroku and was certified Platinum for being downloaded more than 250,000 times. She was the best-selling female solo artist in Japan in 2015 with 303,365 copies sold.

Her 28th single "Anata no Suki na Tokoro" was released on April 27, 2016. The single reached #5 on the Oricon charts selling almost 33,000 copies. On July 13, she released her sixth studio album Just LOVE. The album reached #1 on Oricon charts with first week sales of almost 127,000 copies. 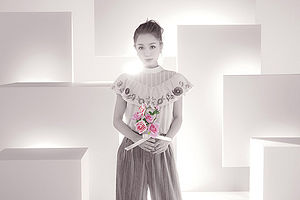