(Redirected from Anata no Sukina Tokoro)

"Anata no Suki na Tokoro" is the 28th single released by Nishino Kana. The single was released in a limited CD+DVD edition and a regular CD edition. It was used for the Vitamin Tansan MATCH commercial campaign. The single was used as the lead-in to the July release of her sixth studio album, Just LOVE.

The song received a Gold certification by the Recording Industry Association of Japan for over 100,000 downloads. iTunes has report a total of 164,162 downloads of the song. The music video was nominated for Best Pop Song and Best Female Artist Video at the 2016 MTV Video Music Awards Japan; while Just LOVE was nominated for Album of the Year. 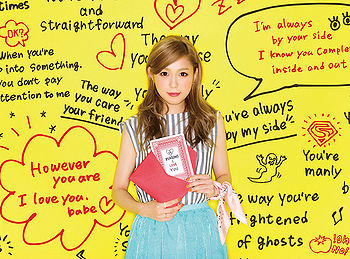 The single reached #5 on the weekly Oricon chart, and continued to ranked for a total of ten weeks.