"Dear Bride" is the 29th single released by Nishino Kana. It was released in two formats: a limited CD+DVD edition and a regular CD edition. The song was used as theme for the television show Mezamashi TV. Nishino has described "Dear Bride" "as a sweet uplifting song, the lyrics are dedicated to a close friend standing at one of the 'turning points' in life about to embark on her new journey as a married woman."[1] The song received a Platinum certification by the Recording Industry Association of Japan for selling 250,000 downloads. 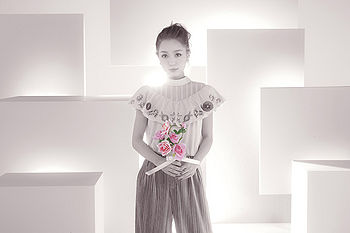