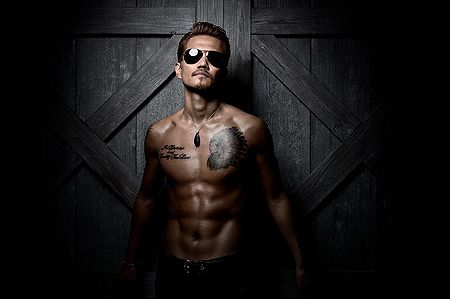 EXILE ATSUSHI is a Japanese R&B singer. He is the lead vocalist of the group EXILE.

Because of his strong passion for music, he decided to be a singer since his years in High School. During his years in Music College, he participated on an ASAYAN audition. This became his turning point as he was noticed by HIRO and invited to join J Soul Brothers.

In the summer of 2001, J Soul Brothers changed its name to EXILE and, on September 27, 2001, they made their debut by releasing "Your eyes only ~Aimai na Boku no Katachi~".

In 2004 he joined the group COLOR, however two years later, in 2006, he decided to leave. Although he left the group, he became a producer for the new line-up until July 2009, when COLOR changed their name to the current DEEP.

Besides his activities as EXILE' vocalist, he also collaborates with other artists like AI, ICONIQ or Kubota Toshinobu. On September 14, 2011, he made his solo debut with the song "Itsuka Kitto...". The song was included as the second A-side of a joint single released by EXILE and ATSUSHI, titled "Rising Sun / Itsuka Kitto...".