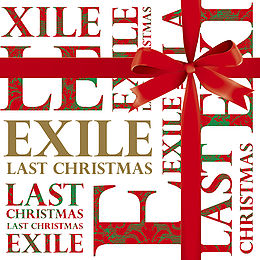 "LAST CHRISTMAS" is the 29th single released by EXILE. First presses include stickers and Christmas postcards. The song, a cover of Wham!'s song of the same title and was used as a Meiji CM theme song. The single reached #1 on Oricon charts, and charted for 6 weeks. It sold 213,917 copies in 2008, becoming the #30 single of the year.