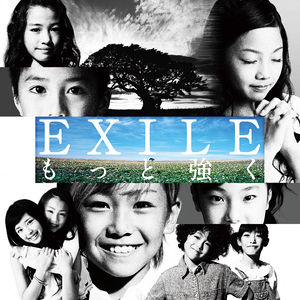 "Motto Tsuyoku" is the 34th single released by EXILE. It was released in two editions, CD+DVD and CD Only. First presses for both editions come housed in a sleeve cover. The title track was used as the theme song for the movie THE LAST MESSAGE Umizaru. The single was the first instalment of their "2 consecutive month single release" project to commemorate their 10th anniversary. The title track was certified Million by the RIAJ for Chaku Uta downloads, as well as Double Platinum for Chaku Uta Full for over 500,000 downloads. The single reached #1 on Oricon charts, and charted for 19 weeks.