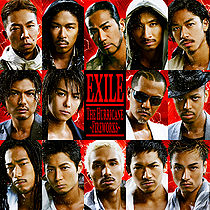 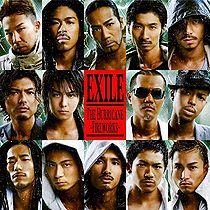 "THE HURRICANE ~FIREWORKS~" is the 31st single released by EXILE. It was released in two editions, CD+DVD and CD Only. First presses for both editions come housed in a sleeve cover. The song "FIREWORKS", used as lead track, features Yoshida Brothers playing the shamisen. As KEIJI was injured at the time of the music video filming, only 13 members appear on it. "FIREWORKS" was used as SKY! EXILE TV CM theme song. The song "Yasashii Hikari" was used as Meiji Fran Whipps CM theme song. The single reached #1 on Oricon charts, and charted for 18 weeks. As it sold 279,264 copies in 2009, it become the #12 single of the year. 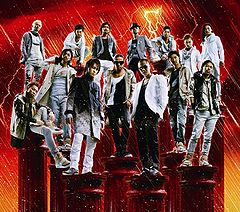