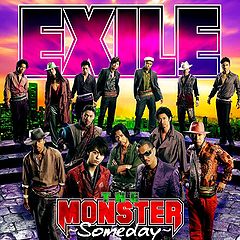 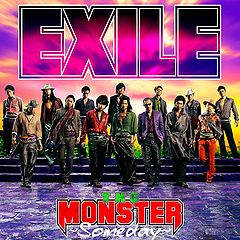 "THE MONSTER ~Someday~" is the 30th single released by EXILE. It was their first single released as a 14 member group, after Nidaime J soul Brothers joined EXILE. It was released in two editions, CD+DVD and CD Only. First presses for both editions come housed in a sleeve cover. "Someday" was used as the commercial song for Toyota WISH, "THE NEXT DOOR" was used as theme song for the video game Street Fighter IV and "Ai Subeki Mirai e" was used as theme song for Chikyuu Gorgeous performance "Hoshi no Daichi ni Furu Namida". The song "GENERATION" , a new version of Nidaime J Soul Brothers's song of the same name sang by the four vocalist of the new line-up (ATSUSHI, TAKAHIRO, NESMITH and SHOKICHI), was used as their TV program EXILE GENERATION's ending theme.

"Someday" become the winner of the 51st Japan Record Awards, making EXILE the winners for two years in a row. As the single sold 270,513 copies in 2009, it became the #14 single of the year. 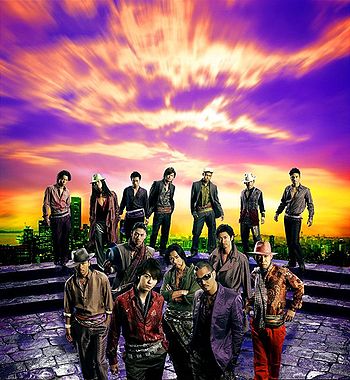