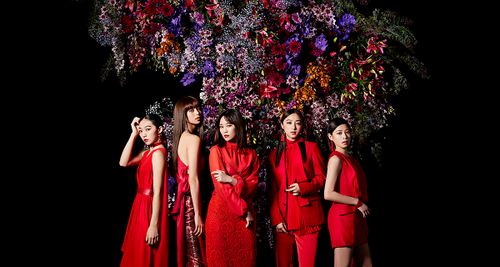 Flower was a Japanese pop girl group signed to the Sony Music Japan record label. Originally a four member dance unit serving as backup dancers for EXILE, FLOWER added two more dancers and three vocalists. The new members were selected through a nationwide talent search by LDH titled EXILE Presents VOCAL BATTLE AUDITION 3 ~For Girls~. They made their debut on October 12, 2011 with the single "Still". They are one of the several acts that make up E.G. Family. They announced their disbandment on September 20, 2019, and disbanded on September 30.

Members (At the Time of Disbandment) 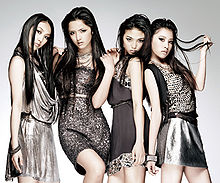 In 2009, EXPG (EXILE Professional Gym) recruited four girls to form a new dance unit. The four members, Mizuno Erina (leader), Fujii Shuuka, Shigetome Manami and Nakajima Mio became known as FLOWER, and they participated in EXILE music videos in addition to doing modeling work. Most notably, they served as backup dancers during EXILE LIVE TOUR 2010 FANTASY, alongside groups like Happiness and Dream who are also under the LDH agency. Little was actually known about the group when they mysteriously appeared on the LDH website under the category of "Artist".

In 2011, E-Girls (EXILE Girls) was formed as a joint project featuring Dream, Happiness, and FLOWER. While the other two groups had vocalists, FLOWER only performed as a dance act at E-Girls' shows.

In February of 2011, it was announced that EXILE would be sponsoring a nationwide talent search, titled EXILE Presents VOCAL BATTLE AUDITION 3 ~For Girls~, specifically aimed at young girls, ages 12-25. Thousands auditioned through three stages of initial screening. In the end, two dancers (otherwise noted as "performers") were selected to join FLOWER. They were Bando Nozomi and Sato Harumi. However, the winners of the vocalist audition would not be announced until an E-girls show on May 14, 2011 held at SHIBUYA-AX. There, it was announced that Washio Reina, Muto Chiharu and Ichiki Kyoka would be the vocalists of FLOWER. The new FLOWER performed their audition song, "Still" and also revealed that it would be their debut single.

In June 2013, LDH announced a competition between the group and their E-girls' sister group Happiness, with them releasing a single in August 7. On the same day, it was revealed the song's name, "Taiyou to Himawari". Two weeks later after the release, it was revealed via EXILE's TV show Shuukan EXILE, that Flower won the battle by 3 points against 2 of Happiness. As a "reward", their song "Hatsukoi" was included on E-girls' single "Gomennasai no Kissing You".

In October 18, 2013, with the announcement of E-girls' seventh single "Kurukuru", it was also announced that Mizuno Erina would leave the group (and hence also E-girls) but will continue on LDH as an actress. In November 25, it was announced their sixth single, "Shirayukihime", released in December 25, 2013. The single is the first release of them as a 8-member group.

In December 26, LDH announced Shigetome Manami as new leader of the group. The group released their debut album, Flower, in January 22, 2014.

In October 12, 2014, Muto Chiharu announced her departure from both Flower and E-girls to study abroad. The group is scheduled to release their eighth single "Akikaze no Answer", last single to include Chiharu, in November 12.

In February 14, 2015, during the first day of E-girls' second tour COLORFUL WORLD, it was announced Flower's first live tour Flower LIVE TOUR 2015 "Hanadokei", to be held in 5 cities starting in June.

On October 7, 2015, Ichiki Kyoka announced her departure from both Flower and E-girls.

On December 31, 2017, Fujii Shuuka graduated from the group and ShuuKaRen and retired from the entertainment industry due to to the symptoms of the cervical spinal disc herniation, which she was diagnosed with in October of the same year, becoming more severe.

On September 20, 2019, Nakajima Mio announced that she would retire from entertainment industry to start a new life path as she was pregnant and engaged to FC Machida Zelvia football player Togashi Cayman. As result, the group and staff went through repeated discussions and it was decided that the group would be disbanding at the end of the month. Aside Najakima, the remaining members would continue on the entertainment industry, with Washio Reina, Bando Nozomi and Sato Harumi staying on E-girls. 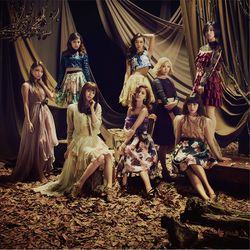 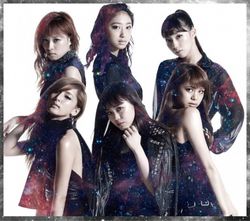 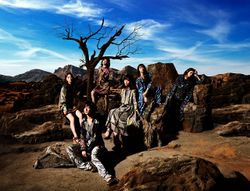