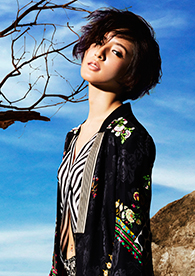 Fujii Shuuka (藤井萩花) was a member of the Japanese pop vocal and dance units Flower and ShuuKaRen. She was one of the four original members of Flower, along with Mizuno Erina, Shigetome Manami and Nakajima Mio. She was one of the group's dancers and attended EXPG Osaka. Apart from being a member of Flower, Fujii was also a model and actress. She was a child model from the age of 2 and started dancing at 3. She was a model for LOVE BERRY『ラブベリー』from 2007 until 2008. In 2008 she modeled under the name Miu with the kanji originally spelled as 美兎 but later changed to 美卯. She modeled for TOKYO GIRLS COLLECTION in 2011 and 2012; in 2013 she modeled for KANSAI COLLECTION.

Shuuka left E-girls in June 2017. She took a break from Flower activities in October 2017 due to a cervical herniated disc.

Shuuka left Flower and retired from the entertainment industry on December 31st, 2017 due to her previous injuries. 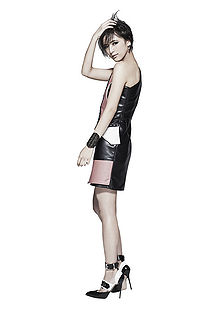