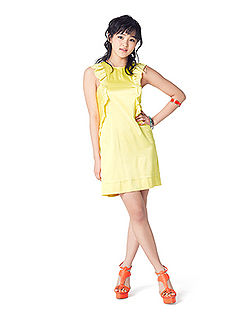 Takeda Kyoka (武田杏香) is a former member of Japanese girl group E-Girls. She was chosen in 2011 to be a member of bunny, a non-debuted dance and vocal girl group, through a nationwide audition process called "EXILE Presents VOCAL BATTLE AUDITION3 ~For Girls~. In 2014, she acted in Koibumi Biyori, a drama starring 10 members of E-girls. She left the group in April 20, 2014 to focus on her studies and acting career.