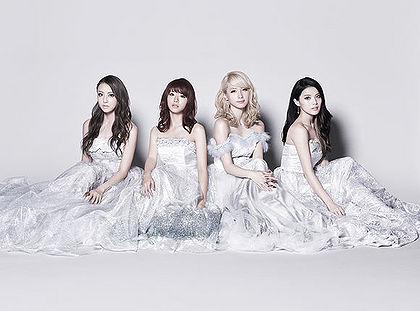 Dream was a Japanese pop group signed to rhythm zone record label. In 1999 avex organized a huge talent contest, called "avex dream 2000", with the aim of finding the right girls for a new group. The result was dream, a three-piece group consisting of Matsumuro Mai, Tachibana Kana and Hasebe Yu. The original 3-member dream sold 950,700 records, and in total the group has sold over 1,100,000 records over the span of 10 years.

Since the group's debut in 2000 under the avex trax label, it has undergone many changes: In 2002, member and main lyricist Matsumuro Mai left and dream became an 8-member group. Two years later, in 2004, Ai Risa also left, making dream a 7-member group. In mid 2007, the group's name changed from dream to DRM. One year later, in 2008, Hasebe Yu left the group and DRM became Dream. In 2009 all the members changed their stage names to their own romanized given names. On February 19, 2011, Tachibana Kana, graduated from Dream after her announcement on the group's website on November 23, 2010. She had been a part of the group for 11 years. This marked the graduation of the last member of the original 3-member dream. In March, 2012, Yamamoto Sayaka and Erie in 2016 left the group.

The group announced their disbandment on June 4th, 2017.

In 1999 avex organized a huge talent contest, called "avex dream 2000", looking for the next big hit idol group. Over 120,000 hopefuls auditioned in front of a panel of judges, notably including Mochida Kaori of the popular band, Every Little Thing. Interestingly enough, one of the entrants was Koda Kumi, who placed second and is now a popular singer (as well as Dream's label-mate within rhythm zone).

The final winners of the competition were Matsumuro Mai, Tachibana Kana and Hasebe Yu. They formed avex's next idol group, dream. 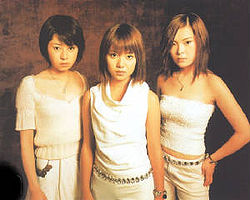 On January 1, 2000, dream debuted with the single "Movin' On", which charted within the top 15 on the Oricon charts. Their next few singles all charted in similar territory, failing to break the top 10 until their sixth single, "My will", which made it to #6 at the end of 2000. "My will" was the song that gave dream new found fame as it was used as the first ending theme song for the popular anime Inuyasha. Ironically, the group's next single would be their worst-charting to date, peaking at #36.

On February 28, 2001, dream released their first album, titled Dear.... The album reached #5 on the Oricon charts. On November 28, 2001, they released their 11th single, "Get Over", used as the first opening theme song for the anime Hikaru no Go. "Get Over" it's considered one of the group's most iconic songs, and it charted #12 on the Oricon charts.

On Valentine's Day 2002, dream released their second album, Process, which reached #8 on the charts. Following the release of Process, Matsumuro Mai, who wrote most of the group's lyrics, announced that she was to leave in pursuit of a solo career. dream then released their 13th, and last single as a 3-member group, "SINCERELY -ever dream-".

On June 26, 2002, the group released their final release as a 3-member group, and their first best album, Eternal Dream. Only two weeks later, in July 7, Matsumuro left dream. Many considered this to be the disbandment of the group. 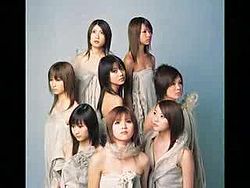 Following Matsumuro's departure, avex held more auditions for a replacement, and ended up with 6 new girls. They were Ai Risa, Abe Erie, Takamoto Aya, Nakashima Ami, Nishida Shizuka, and Yamamoto Sayaka. The new 8-girl group "re-debuted" in 2003 with the single "MUSIC IS MY THING".

In February 2003, the group released their first cover album, dream world. The album was met with mediocre success, only reaching #23 on the Oricon charts. Because of their high member count and distinctly idolized image, many saw the new dream as an attempt to emulate the success of top girl-group Morning Musume.

Nonetheless, following dream world, dream's popularity once again peaked. They participated in the first a-nation summer concert festival held by avex, and they appeared on popular singer Hamasaki Ayumi's TV show, Ayuready. Subsequently, dream's next single, "I Love Dream World", became their first single to chart within the Oricon top 10 since "My Will" in 2000.

In 2004, following the release of dream's fourth album ID, Ai Risa left dream to pursue a solo career, bringing the group's member count down to 7.

Despite having performed at many live performances, dream failed to find a permanent audience and struggled to build a solid fanbase. From 2004 to 2005, dream released the singles "PURE", "Love Generation", and "Soyokaze no Shirabe / STORY". They also released 2 mini albums, Natsuiro and Boy meets Girl. In addition, dream released a best album, 777 -Best of dreams-, an avex cover album, dream meets Best Hits avex, and a self cover album, 777 -another side story-. Their lack of success was attributed to the lack of promotion by the record label.

After a long period without much activity, dream released on January 1, 2007, the group's 7th anniversary, the albums 7th Anniversary Best (a best of album featuring songs from the group' debut as a 3-member unit up till their latest single) and Greatest Live Hits (an album featuring recordings of their live performances). For the next few months, nothing was heard of from dream and fans feared that disbandment was once again near. 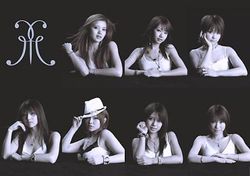 On June 27th, 2007, dream was "reborn" as the dance/chorus group DRM in an attempt to shed their image as idols. This also nullified the significance of each member's representative number/color. dream's symbol (a peace symbol within a heart) was also changed. The group "re-debuted" with the mini album DRM.

In 2008, DRM released 4 digital singles, the first being released in January and the last, in April. The singles were released on the 7th of each month (January 7th, February 7th, and so on). Like their mini album, the singles were not met with much success.

During this period, DRM spent much of its time performing at small concerts, even singing on sidewalks next to the streets. It was suspected that they were dropped by their management. The group slowly eased back into a state of little activity. 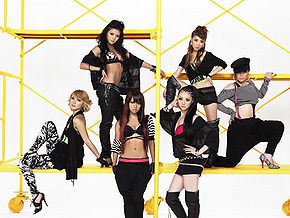 LDH and re-debut as Dream

On August 1, 2008, Hasebe Yu left DRM in pursuit of a solo career, leaving Tachibana Kana behind as the only member of the original dream. The group changed its name to Dream and their official fanclub (Live Your Dreams) closed down. Also, the group changed management from Avex to LDH (Love Dream Happiness). Nothing was heard from Dream afterward until almost a year later in the summer of 2009.

On September 9, 2009, the group released its first single as Dream and their first physical single since 2005's "Soyokaze no Shirabe / Story". The new single was titled "Perfect Girls / To The Top" and was sold exclusively at a series of free shows Dream did throughout Japan as well as on mu-mo online store. As a special release, it did not chart on Oricon. To promote their comeback, Dream embarked on a nationwide tour of Japan, performing at free lives in numerous cities. For their 2009 comeback all the members changed their stage names to their own romanized given names. 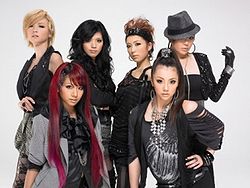 On November 23, 2010, Tachibana Kana announced her graduation on the group's official website, and on February 19, 2011, during the last performance of Dream LIVE TOUR 2010-2011 "Hands Up!!" in Tokyo, she officially graduated from the group. During her graduation, former member Hasebe Yu came on stage and presented her with flowers. Kana left with the intention to pursue a solo career.

On August 23, 2011, Dream revealed a new song titled "Dreaming Girls" in a CM for Samantha Thavasa. The commercial notably featured Itano Tomomi of AKB48 fame. The song was later in December released as their fifth digital single.

In December 2011, E-Girls (EXILE Girls) was formed as a joint project featuring Dream, Happiness, and FLOWER.

In March 2012, Yamamoto Sayaka left the group, leaving Dream as a 4-member unit. In May 2013, the group released their first single as a quartet and 24th single overall, "Only You".

On October 28, 2016, it was announced that Erie would retire from the entertainment industry at the end of the year.

On June 4th, 2017, it was announced that Dream would be disbanding (and leaving E-girls) with the remaining three girls staying under the company doing different things. 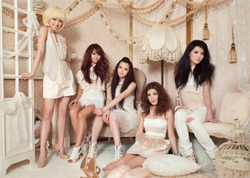 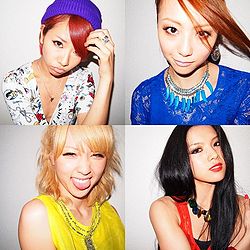 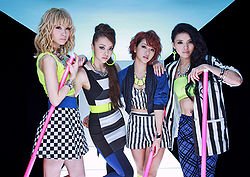 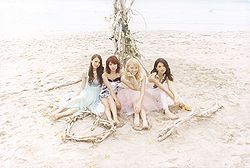 Note: Releases from 2000-2007 were all recorded as dream, and in 2010 the group started using the capitalized Dream. Any other change in credits will be noted next to the release.