From generasia
(Redirected from Kana (Dream))
Jump to: navigation, search 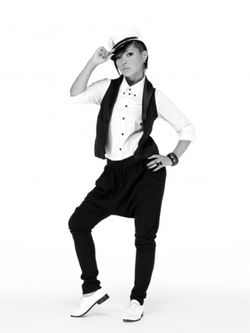 Tachibana Kana (橘佳奈) is a Japanese pop singer. She is a former member and former leader of the girl group Dream, as well as one of its three original members.

Kana was originally one of the original 3 members of Dream, chosen through a nationwide talent search held by avex trax in 2000. When lead singer Matsumuro Mai left the group, Kana was pronounced leader of the newly reformed, 8-member group. She remained a member of the group throughout several major changes in members.

In November 2010, she announced that she would be graduating from Dream in February. The news was announced on the group's official website through a personal message in which she stated: "Although my dream to be a singer has been come true, it's not the goal. I have to keep learning to be who I really want to be, and I want to keep singing, but in order to do so, I need to grow up more, not as Kana of Dream, but as Kana. Therefore, I will challenge myself to pursue my way as a solo singer".

On February 19, 2011, Kana graduated from Dream during the final performance of Dream LIVE TOUR 2010-2011 "Hands Up!!" in Tokyo. She was the last member of the original 3-member dream to leave the group. In total, she was a member of the group for 11 years.