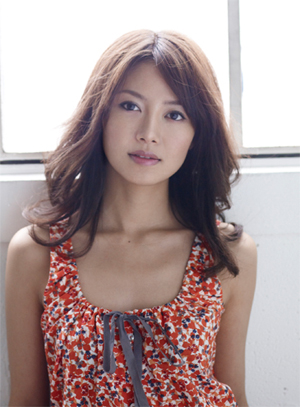 Hasebe Yu (長谷部優) is a Japanese pop singer and gravure idol. She is a former member of the girl group dream, and one of its original three members. In mid-2007 Hasebe joined the unit Kingyo. In August 2008, Hasebe left dream in pursuit of a solo career, leaving Tachibana Kana as the only original member of the group.

Hasebe was the visual focal point of dream, having been given the center position of the original group's V-formation. The more elaborate choreography of the expanded dream eliminated any standard positioning of the girls when performing, but Hasebe continued to be featured at the center of most group photographs. In late 2004, she began an ongoing series of gravure magazine shoots, with photobooks and DVD releases following shortly thereafter.

Possibly as an extension of the above, Hasebe was also the actress of the group, with roles in movies and doramas. Her credits include a starring role in the late-night drama Koi Suru!? Kyaba Jou and the female lead in Karera no Umi VII ~Wish on the Polestar~. Hasebe was also the only member to appear in dream's drama-styled PV for the song "Kono Natsu ga Owaru Mae ni". In addition, Hasebe co-hosted Purin-su from April 18 through December 12, 2005, OUT★PUT throughout its 52 episode run and the Wednesday edition of Gocha Maze! on MBS Radio.