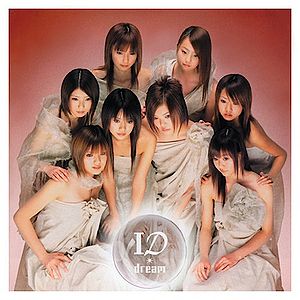 ID is the third album released by dream. It was also their second released album since becoming an 8-member group, and the first one, and only, since that point to feature original songs (first one was a cover album). It was released in two editions, CD+DVD and CD Only. First press of the CD Only edition comes housed in a sleeve case with a labeled CD featuring one random of three designs. The opening track is a harmonica-heavy instrumental version of "Identity -prologue-" composed by BOUNCEBACK and arranged by TATOO. The album reached #21 on the weekly Oricon charts and charted for three weeks.

dream performed a musical featuring the album songs, also titled ID, however not all the songs performed on the play were included on the album.